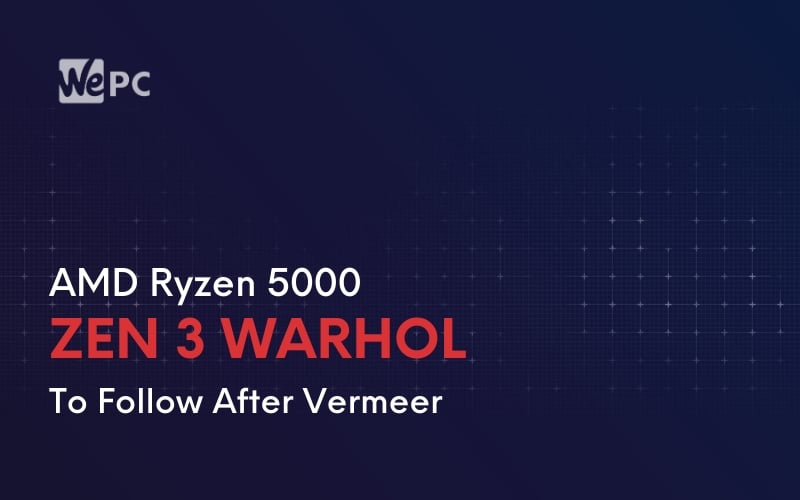 This was posted by @MebiuW on Twitter but has since been deleted. In the picture, we saw what looks like a kind of internal roadmap.

In a follow-up tweet, @MebiuW listed the following architectures, all code-named after famous artists:

The numbers relate to the Zen architecture used and the process node used. So, for Vermeer, it will use Zen 3 architecture with a 7nm process.

What is AMD’s Raphael?

We can see the first two letters of “Raphael” in the image which also appears to have the word “Navi” attached to it, but we can’t say for sure because we can only make out the first few letters.

AMD’s Raphael appears to be associated with AMD’s Zen 4 architecture, but the mention of Navi could be a hint that it will have an in-built iGPU which would be an interesting new development for AMD desktop processors.

What Do We Know About Warhol?

It appears that Warhol will come sometime between Vermeer and Raphael. There’s no mention of GPUs in this image which would suggest it will simply be an ordinary Ryzen CPU.

At the moment, there’s little information about what Warhol could involve. We can see from the image it will be based on Zen 3 architecture, the 7nm process, and will feature support for PCIe4. None of that information is especially surprising for a future Ryzen processor so we’re hoping to hear more information soon.

If we hear any more updates on any of the above AMD architectures, we will certainly keep you updated. What do you think of AMD’s plans for Vermeer and beyond? We’d love to hear your thoughts in the comments below.