What appears to be a roadmap for AMD’s upcoming Ryzen plans has surfaced online, offering a snapshot of the company’s next-gen Zen 3-powered CPUs and APUs.

The leak comes from Twitter user MebiuW, who offered several partial images of the roadmap, which the folks over at VideoCardz then pieced together aided by further details from MebiuW into one comprehensive slide with a suspected range of 2020 to 2022. While the roadmap features some familiar names, it offers a more definite sense of what AMD is planning for the years ahead. 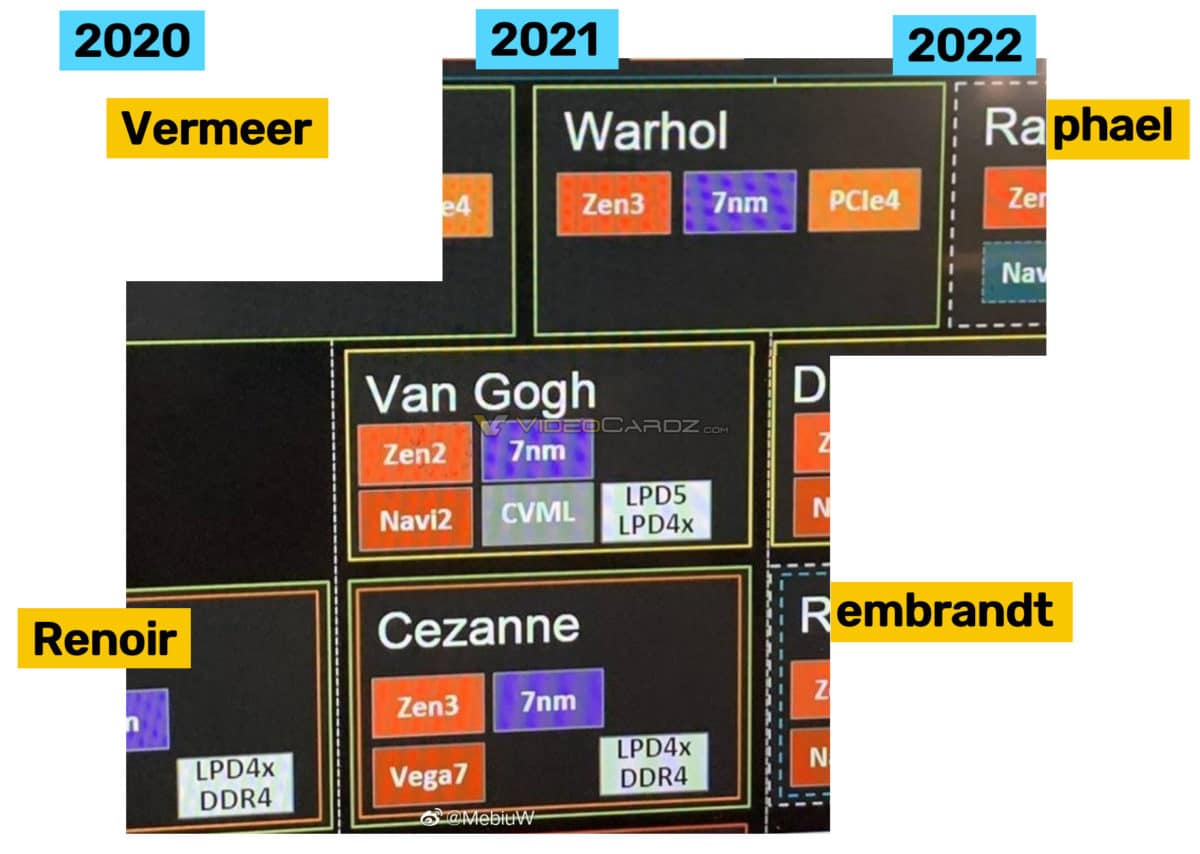 According to the reconstructed roadmap, AMD plans to push out two Zen 2-based products, starting with the Renoir APU with eight cores and Vega Graphics, which launched recently, and a new lineup set for 2021, known as Van Gogh, which is expected to stand as AMD’s final dip into the Zen 2 tech before pivoting in earnest to Zen 3. The 2021 launch suggests it may fall under the Ryzen 5000 umbrella. It will utilize the 7nm process node, feature RDNA2 Navi 2 iGPU, LPDDR5 memory, and is labeled as CVML, alluding to ‘Computer Vision and Machine Learning’, according to MebiuW.

Turning to Zen 3, AMD’s roadmap is stacked with upcoming lineups. First, we have Ryzen 4000 Vermeer CPUs in 2020, which AMD has confirmed already, and will succeed the Ryzen 3000 Matisse lineup. Jumping to 2021, we’ll see the arrival of the new codenames that continue AMD’s tradition of assigning the names of esteemed painters to their various architectures.

First, we have a 5th Gen Ryzen known as Warhol, which should succeed Vermeer or offer a transitory series to bridge the gap between the AM4 and AM5 sockets, ideal for those wanting to make the jump early. The roadmap suggests Warhol will include Zen 3 cores, 7nm process node, and PCIe 4 support.

Later in 2021, we can expect to see the Cezanne family arrive. Interestingly, this one appears to switch up the Van Gogh arrangement, featuring instead Zen 3 cores, and an older Vega Graphics iGPU. This one will likely be one of the last APUs to offer support for the AM4 socket, before AMD transitions to AM5. 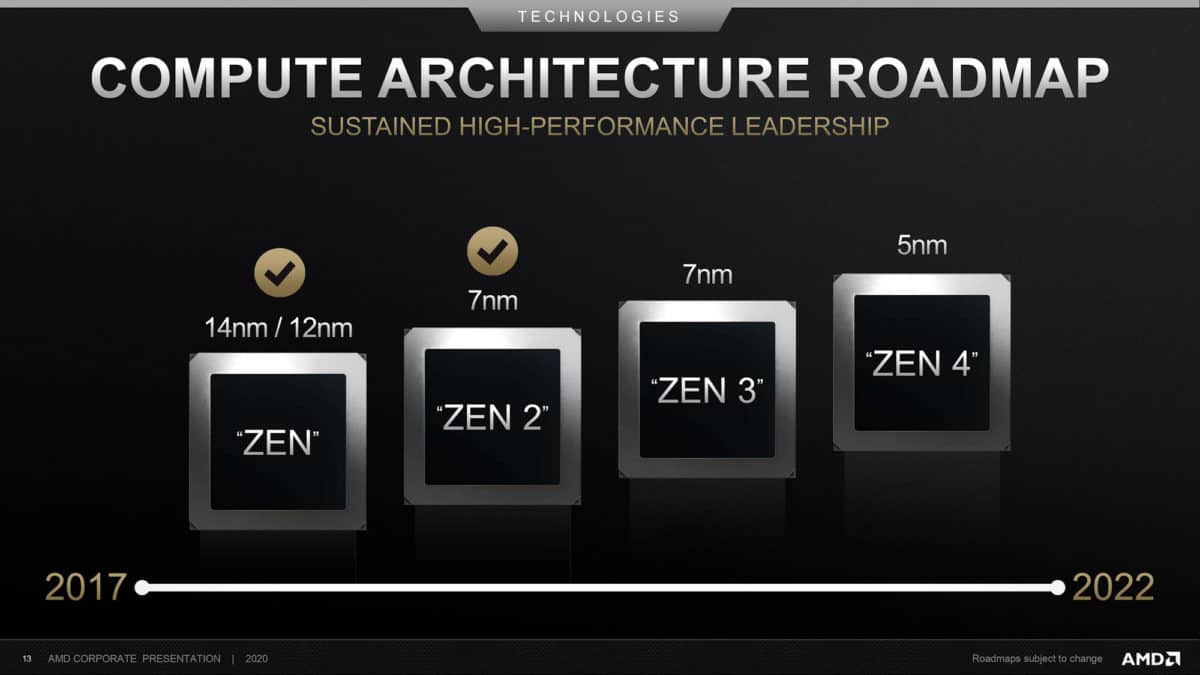 The roadmap also provides a sneak peek at the successors to these 2021 launches. Rembrandt will replace Cezanne and will likely be the first APUs to jump to AM5. We could conceivably see this lineup include Zen 3 cores allied to RDNA 2 Navi 2 graphics. These are expected sometime in 2022. Succeeding Van Gogh in 2022 is the rumored Dragon Quest products, the codename having been confirmed by MebiuW. Similar to Rembrandt, these may feature Zen 3 cores and RDNA2 Navi 2 graphics.

Finally, succeeding Warhol is the Raphael family, slated for launch in 2022. Interestingly, these should be the first desktop CPUs to incorporate Zen 4 tech on the 5nm process node alongside the AM5 socket. These are likely to fall under the Ryzen 6000-series name and, according to the roadmap, may well feature the next iteration of AMD’s Navi graphics, possibly RNDA 3, which would introduce AMD’s iGPU to desktop CPUs. 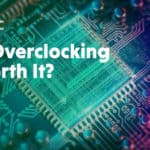 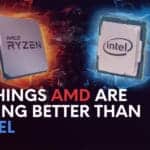