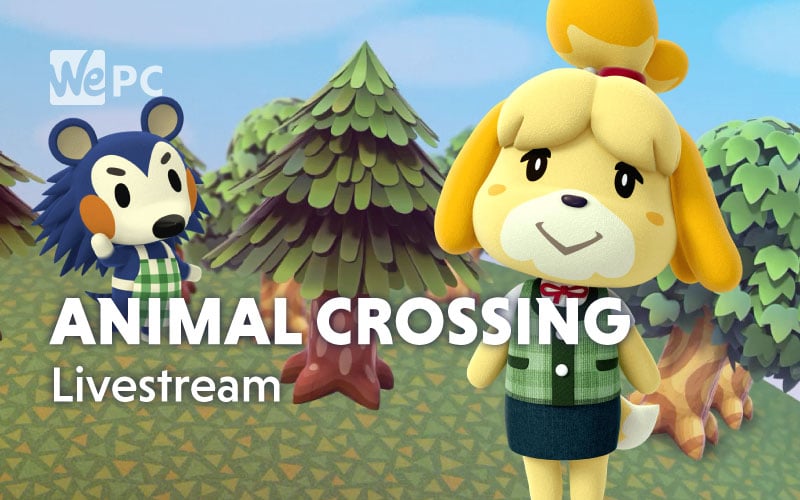 We are now less than a month away from the Animal Crossing: New Horizons release date and the buzz on this game is easy to feel. And, now that Nintendo has treated us to a 25-minute live stream giving us a better look at the game, social media has gone crazy with excitement.

As someone who poured a good chunk of time into New Leaf, I was already excited for this new version of the classic Nintendo title, but after seeing more of what to expect from the game, I’ve got my pre-order in and will be waiting for midnight to come around on release day so I can begin building my new town (name suggestions are more than welcome).

So, let’s take a look at 10 things we learned from the recent Animal Crossing Livestream.

We might as well start with the thing that had Twitter in a tizz – the museum. Animal Crossing fans are a strange bunch, but being one of them I have to admit; that museum looks amazing.

According to an earlier post by Nintendo, you’ll be the one in charge of stocking the museum with all the wonders you can find on your island. Whether the beloved Blathers character will be back in charge of the museum is still unclear, but the updated graphics mean that we’ll be excited either way. Sorry, Blathers.

One of the most exciting new additions is the ability to change the landscape of your island. In the live stream, we saw the player using new terraforming tools that allowed them to build and remove ground, creating new landscapes. This means you’re able to extend the shoreline, clear more space on different levels, and even create waterfalls.

You’ll still be able to chop down and plant trees, just like old times. But, now, you can also build bridges over water and steps that help you travel from one level to another. You’re given more control than ever over your island. You’ve graduated from a small-time mayor to a literal God, it would seem. We approve.

When you first move onto your deserted island it will be pretty, well, deserted. The live stream showed the player arriving alongside two other, randomly selected, residents and nobody else. You can invite new residents to your island as you play, allowing you to choose who does, and doesn’t, get to live in your tropical paradise.

In addition to this, you’re also the one who gets to choose where these other residents will set up camp. Just as you choose the perfect spot for your new home, you also get to select where your neighbors will set up theirs. They really have given us much more control over the town this time, which is a really nice addition.

For those who love to play with friends and family, Animal Crossing: New Horizons has a wealth of multiplayer options for you to enjoy. When it comes to local play, you can have up to eight characters on the same Switch. They will all have to live on the same island, and you’ll be limited to one character per Nintendo account. You will each get your very own tent/ house, though, so you can still make it your own.

There’s also a “party mode” where four players can all run around together at the same time. One player takes the role of leader, and you all follow along with them and can forage and fish together like a real party.

Of course, there will also be an online mode. With this, you’ll be able to visit your friend’s islands if you have their island code and spend time together. There will be restrictions though, for example, you won’t be allowed axes and shovels so that you don’t completely gut their island. This isn’t the case if you’re “best friends” though, but Nintendo have yet to detail what that really means.

For anyone who spent some serious time with their Nintendo DS stylus in hand creating custom designs for their villagers to wear, fear not. You will be able to move your New Leaf designs over to your New Horizons. You can scan the QR code of your original designs and transfer them to your new game. So, all those hours designing the perfect pattern were well spent, after all.

For the first time, Animal Crossing actually has some dangers in-game. If you’re too eager chopping down some of the trees, you might be set upon by a swarm of wasps. We’re assuming that the damage it does goes away with the medicine item they showed and that it’s not too serious. Although, in the stream, it did look suspiciously like the player simply keeled over and died. Bit hard, AC.

Wander around at night, and you might even bump into ghosts. Yep. In the very short clip we saw, the ghost simply looked scared and floated away, but this is another interesting, and frankly adorable, addition.

When you start the game, you get to choose what your initial island setup will look like. As we mentioned earlier, you can customize and change this throughout the game, but it’s nice to be given this choice early on.

Not only do you decide the layout of your island, but you also get to decide whether it’s situated on the northern or southern hemisphere. This won’t affect too much in-game, but it will adjust which seasons happen in which months, which is a nice touch. So, if you want to experience Christmas in summer, you can.

The first Animal Crossing was all about paying off that lovable Tom Nook after he loaned you the money for your new house. Of course, there was no interest on this loan and no time limit. So, effectively, you could just avoid paying it the whole game. This time around though, things are a little different.

You still owe Tom Nook money (how does he have so much to give away?) but, there’s now a new way to pay it off. Through completing quests like catching a certain number of fish, or collecting so many bugs, you earn Nook Miles. These Nook Miles go towards paying off your loan, and since you earn them by doing things you would be doing anyway, it seems as though you’ll be loan-free in no time.

When you have paid it off, you can then take out another loan to upgrade your tent into a house. Then you can take out another to make it bigger, then add more rooms. Animal Crossing really just is a game about paying off Tom Nook, isn’t it?

As seems to be the norm in many modern games nowadays, your character will have a smartphone in the game that comes preloaded with useful apps. You have a map app, naturally, as well as an app for your crafting recipes, and one to keep track of your Nook Miles.

As you progress through the game, it looks as though you’ll add even more apps to your phone as new features become available. Speaking of new features…

There was no talk of charging users for addition DLC with this game, but it does appear that a number of free updates will become available further down the line. It’s likely that these will introduce new residents, amenities, and challenges – helping to keep the game fresher for longer.