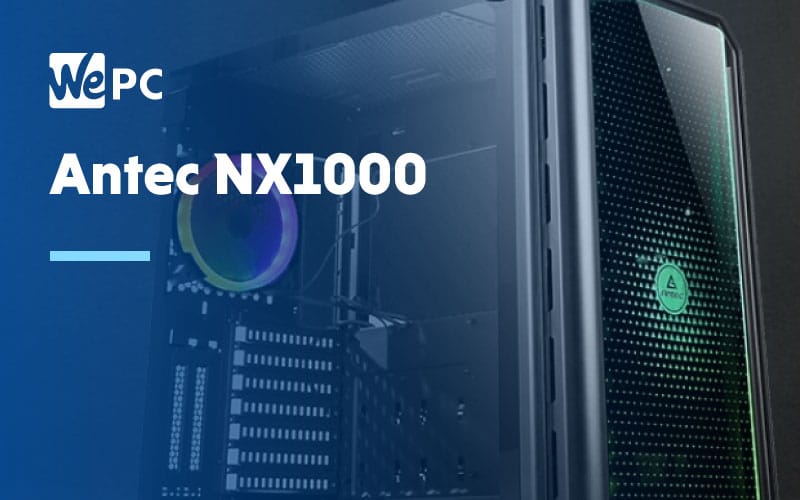 Antec has lifted the lid on its latest mid-tower PC case, the NX1000. It’s quite the looker aided by the main attraction of no less than three tempered glass panels adorning its top and sides while the rest is the usual fare of SPCC and plastic.

So why so much glass? Well, the NX1000 can pack quite the bevy of fans, and the glass is presumably there to show off the twirling LED light show happening inside. It also appears to target builders with aesthetics in mind by offering a wide view shop window onto their handy work.

As for specifications, it measures up to 480 x 245 x 490 mm, weighs a non-negligible and sturdy 9.5kg, and fits all your standard motherboard sizes ATX, Micro-ATX, and ITX. It has seven expansion slots, two 3.5”/2.5” convertible drive bays, and two standard 2.5’’ SSD drive bays.

On the top front of the NX1000 is a selection of I/O ports including a power switch, LED control button, audio out and mic in inputs, and a couple of USB 3.0 ports. The LED controller can support up to six ARGB fans and covers a gamut of 16.8 million colors. The front panel also has its own RGB LED setup to add even more kaleidoscopic color to the case.

Antec has thrown in some welcome cable management touches with clamps, straps, and a cable cover to keep things neat and tidy. And, there’s a dust filter on both the top and bottom for good measure.

You can get your very own Antec NX1000 from Amazon right now while they still have some in stock.