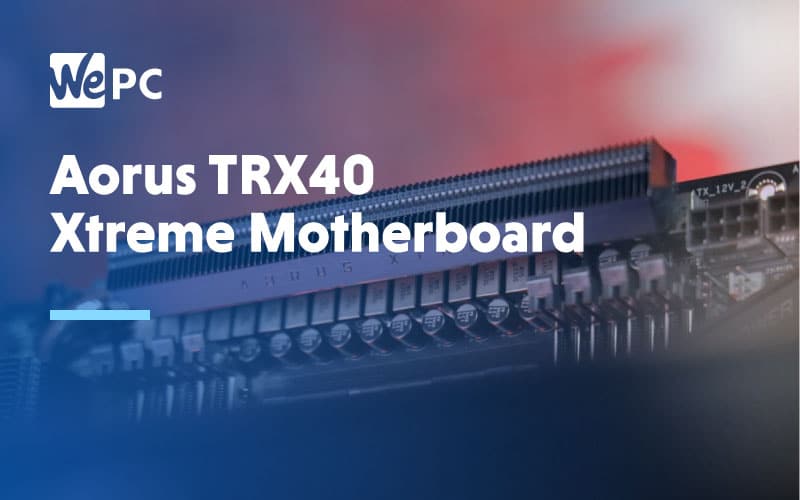 Ahead of the rumored announcement of the upcoming AMD Ryzen Threadripper 3000 Series CPUs tomorrow, an image of the retail box for the TRX40 Aorus Xtreme motherboard has leaked. More interestingly than what is essentially a glorified piece of cardboard is the news of a brand new socket, dubbed sTRX4 (as opposed to the previous generation’s TR4 socket).

Although the TRX40 chipset motherboards are no secret by this point, it’s the first we’ve heard of the new socket, albeit unofficially. It looks like AMD is moving away from its tradition of CPU backward compatibility and ushering in a brand new format for the Threadripper 3000 series.

As for the reasons behind the shift in strategy, the higher core count and the move towards the 7nm process might have required a design rejig to accommodate the changes, notably with the expected 64-core Threadripper variant.

Indeed, the new AMD Ryzen Threadripper 3000 Series CPUs are expected to dominate the high-end desktop market with serious efficiency and performance gains on the existing Threadripper products thanks in part to upping the core count to 24 alongside 48 threads for the base model, while raising the count to 64 cores for the most powerful model.

As such, and in very much the same way that AMD appears to be doing, it may be best to consider the TRX40 chipset as a new platform altogether geared towards a consumer market increasingly drawn to higher core counts.

While offering backward compatibility may have been technically feasible, the associated costs may have been too high for AMD to stick to its current pricing structure that is not only making Intel uncomfortable but forcing the processor giant to lower its prices to stay competitive, especially when it comes to the HEDT market and its Cascade Lake X processors.

Of course, motherboard manufacturers will be more than happy with the new sTRX4 socket because it means more sales.