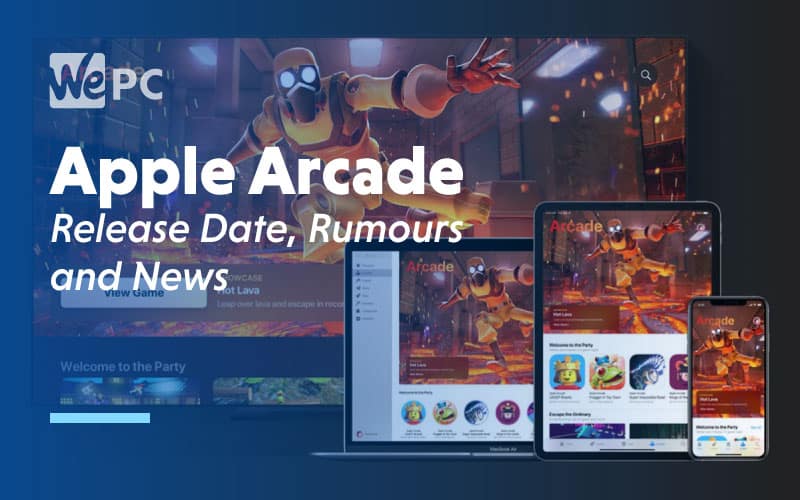 Game streaming seems to be a rapidly growing market and an increasingly interesting and cost-effective option for many gamers. Apple are throwing their hat into the ring to fight it out against the likes of Google Stadia and EA Project Atlas to be number one. So, let’s take a look at everything we know about this streaming platform including the Apple Arcade release date, what games you can play on there, and what kind of specs you’ll need to make the most of the service.

During their iPhone 11 announcement, Apple also shared news on its streaming service, giving us an Apple Arcade release date of September 19th. At launch, we can expect to see 150 games on the service, with 100 more added in the following weeks. Most of these titles will be unknown to many of us, but that doesn’t mean they aren’t worth the time.

Update: Some iPhone users have already been able to access Apple Arcade with the latest iOS update and are able to download the app and play games.

One of the main reasons gaming streaming services are growing in popularity is down to the price. You don’t have the same initial upfront costs, instead, you pay a recurring monthly fee to give you access to the platform. Apple Arcade will launch with a price of just $4.99 a month – considerably less than some of its competitors.

Whether they’ve elected this lower price point to get their foot in the door, or as a reflection on their limited game library, we’re not sure. But, coming in at under $60 a year is a big advantage for team Apple.

Of course, one of the biggest questions from consumers is what kind of games they’ll be able to play on the Apple Arcade system. So far, no big AAA titles have been announced as being included. But, that doesn’t mean they don’t have an interesting lineup in the works.

Most of the titles are indie games, so expect some quirky designs and intriguing gameplay across the board. There are some recognizable titles thrown in there though. Pac-Man Party Royale will bring everyone’s favorite disco circle back to the screen, and Sonic racing lets you whizz around the track on four wheels with the famous hedgehog at the wheel.

Some of the more interesting titles are a remake of the classic Beyond a Steel Sky game; Exit the Gungeon where you have to escape a collapsing dungeon with new puzzles and obstacles at every turn; and Sneaky Sasquatch, which lets you live out your fantasy to live as a, well, sasquatch.

There won’t be any Apple Arcade controller being released alongside the platform. Instead, you’ll be able to use your PS4 controller or Xbox One controller if you’re playing the games through your Apple TV.

Working across multiple platforms means that many of the games will be playable with a touchscreen so they can work on smartphones and tablets, as well as on Mac’s and TVs.

Right upon launch, Apple Arcade will come with a great range of features for users to enjoy.

All you’ll ever have to pay is the monthly subscription fee (which is $4.99). There are none of those pesky pay-to-play games where you need to sink a lot of money into them to enjoy them. Nor will there be any ads or the need to pay to remove them. This is a huge deal, especially for smartphone gamers, as these are the biggest issues that still prevail in that part of the gaming industry.

According to Apple, all the games you access on Apple Arcade will be available to play offline as well. While they haven’t released the full details on this yet, we can only assume that you need to download the game, and then you’re able to play anywhere and with any connection – without worrying about the game dropping out.

That $4.99 subscription cost? Well, it includes family sharing, meaning everyone can take advantage of the one Apple Arcade subscription. So, for the numerous households that have a full collection of Apple products from iPhones to iPads to Macbooks – everyone will be able to play at the same time.

Whether a conscious choice or the result of too much market competition, Apple Arcade will come with a strong focus on indie gaming titles alongside it’s bigger name games. As well as working with Bandai and Namco, they’ll be pushing for more indie game content on the platform as well.

If you’re an Apple user who enjoys indie game titles, then Apple Arcade is going to be a no-brainer for you. Whether it can stand toe-to-toe with its competitors in game streaming like Google Stadia and EA Project Atlas, or even big-name consoles like the next-gen PS5 and Xbox 2 is another matter though. It’s low price definitely helps, but the lack of big-name games could do more harm than good.

What are your thoughts? Would you sign up for Apple Arcade? Let us know in the comments below!