Are Pokimane and Kevin dating? 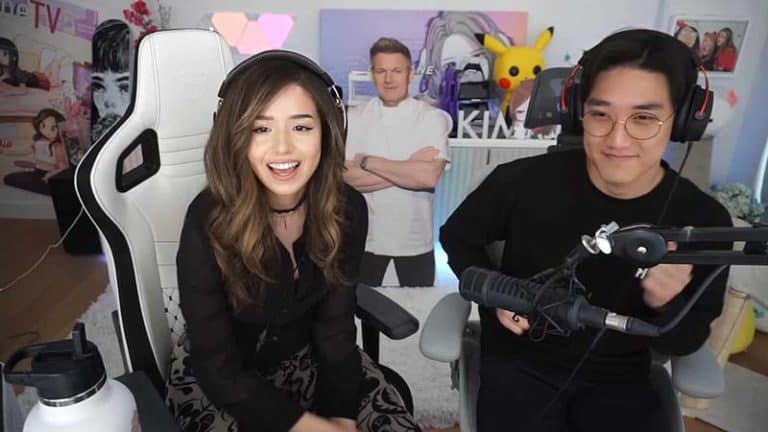 Table of Contents hide
Who is Kevin Pokimane?
Kevin and Pokimane
How popular is Pokimane?
Top 5 other Kevins we know

After a week of being embroiled in an internet conflict, it now seems as though Pokimane’s fans can concentrate on the things that really matter – has the Twitch megastar got a brand new love interest? In a move that got the internet simultaneously typing “who is kevin pokimane” into their Google search boxes, we look into the prospects that Pokimane has finally got a man in her life, other than that weird cut-out of Gordan Ramsey she likes to have in the background of her videos. So….

Who is Kevin Pokimane?

Well, that’s not his name obviously, as that would be a ridiculous coincidence. It’s not one of those weird hybrid names people give couples like Brangelina thankfully. Nope because that would be Pokivin or Kevpok (I’m trademarking those two just in case by the way).

No Kevin is the chap that Poki has been doing some recent live streams with – her new friend – and she must be dating him right, or why would she sit and talk about video games on Twitch with him? Must be love. Still, beats talking about harassment and hate raids like the last week has been full of.

Pokimane has always been pretty private about her relationship status. Dating Twitch royalty means you get dragged into the spotlight too. We have had rumors about Disguised Toast, Corpse Husband (wtf), and Mizkif but we have never had anybody with an actual real name. So maybe Kevin is the one. At least you could introduce him to your parents without saying, “mom, dad, this is Corpse Husband.”

How popular is Pokimane?

744 million views of her stream popular, that’s how popular. She’s been on twitch since 2013, and we know we like to poke fun at influencers and streamers here, but credit where credit is due, Pokimane has smashed it to bits.

Top 5 other Kevins we know

We don’t know much about this Kevin, but if he is anything like the other Kevins we do know, we can assume he’s a bit of alright, (with one obvious exception in the list).

We will keep you posted if Pokimane changes her status on Facebook to “In a relationship.”