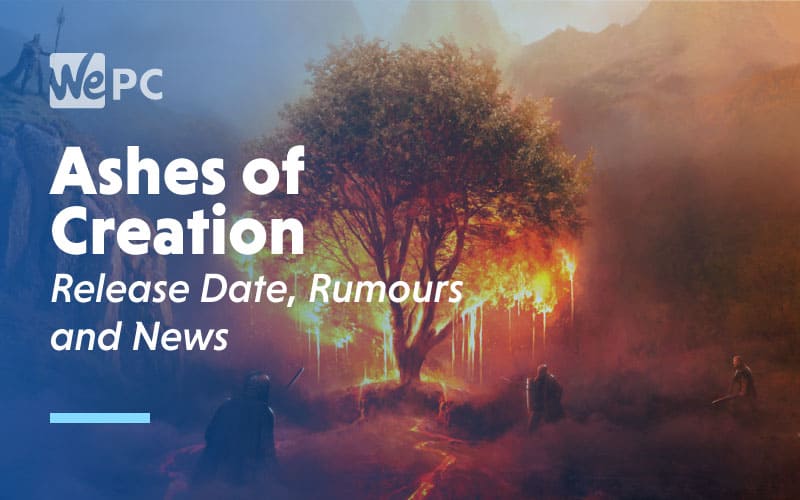 MMORPGs, you either love them, or you hate them. I love them, always have. Any chance I get to spend hours in character creation, explore open worlds, and experience the lawless state that is voice chat is a chance I’m going to take. So, when I first set out to research this article, I was already excited. Ashes of Creation is set to be a new kind of MMORPG, where what you do really can shape the world you’re playing in, instead of just being another box ticked off your quest list.

As it stands Ashes of Creation is still in Beta testing, which means we still don’t have any kind of solid release from the creators. But, what this does mean is you’re still able to try out aspects of the game while you wait. They are currently running an open Beta which they’ve called Ashes of Creation: Apocolypse. In this limited version of the game, they’re allowing early adopters to test out the game systems and help them find and fix any bugs.

You can’t just log on when you want right now, though. They are only allowing access during scheduled play sessions. The Beta might not have all the functionality of the full game, and will definitely be packed full of bugs, but it’s a great option if you just can’t wait to get your hands on this epic MMO game.

The battle royale version of the game is now available through Steam Early Access, so you can get your hands on a small part of the game. Some fans are still a bit disgruntled that the MMO they’ve backed on Kickstarter is still just a PvP game, but hopefully, we’ll get the full version soon.

As the game begins, you’ll be arriving on a “fallen world untouched by civilizations,” and it’s your job to build an empire, create a community, or whatever else you feel like. The decisions the players make, as a whole, will shape the world into what they want it to be. Every server will be different; no two worlds will be the same.

As with the majority of fantasy-based games, you have four races and eight sub-races to choose from when creating your character; Aela Humans (Kaelar and Vaelune sub-races), Pyrian Elves (Empyrean and Py’rai sub-races), Kaivek Orcs (Ren’Kai and Vek sub-races), and Dünzenkell Dwarves (Dünir and Niküa sub-races). Each race comes with a backstory so that you can integrate into your gameplay, a coup for fans of the RPG side of things.

You also get to choose between eight primary classes, all of which are typical of RPG systems: Mage, Summoner, Cleric, Bard, Fighter, Tank, Ranger, and Rogue. As you progress, you will then also be able to add in a secondary class, opening up the possible builds to a total 64 – giving you plenty of scope for character building and customization.

As with any MMORPG, there are multiple layers that make up the gameplay, with Ashes of Creation, these can be split into three categories; world-building, questing, and combat.

Different areas of the world are ripe for development. These areas can be bought up by players and developed in whatever way they choose. Whether you want to create a small settlement or a sprawling metropolis, the choice is yours. Or, you can stay away from civilization altogether, choosing instead to live a solitary life in the wilderness. But, beware. Without the protection of an established city, you’re at the mercy of the wild.

It’s an MMORPG, so there has to be questing, or it just doesn’t count. But, what’s different with AoC is that the preset quest chains can change and alter based on how the players shape the world around them. The game promises to be constantly developing as it goes – and if this is true, it really will be pretty amazing. It always chafed me in WoW when your quests were setup as world-changing events, and then it reset ready for the next player. This game promises to avoid that, so I’m definitely listening.

Whether you’re a PvP fan or not, you can’t argue that combat is an essential aspect of these games. The Ashes of Creation combat can be split into three different camps; Player vs. Player, Player vs. Environment, and Sieges. For regular MMO players, PvP and PvE will be familiar bedfellows. What’s unique here is the siege combat.

If a group of players manages to secure their own castle, they’re going to have to defend it from the rest of the server. These massively multiplayer siege warfare options are something I certainly haven’t experienced before. I know how crazy group raids can get on games like WoW, but the chance to actually own a castle at the end of it? Pretty damn cool.

Is It Any Good?

The standalone prequel to Ashes of Creation is still in Beta, but anyone can join and give it a try. They recently released some gameplay footage from their Alpha version though for us to investigate. The footage they released is disappointing, to say the least. The combat looks clunky, and the camera angles seem off for the most part.

The screen layout seems pretty standard for an MMO, but so do the attacks. Part of me was expecting something a bit different in this area, given the multitude of class options available to choose from. But, until the final product is revealed, we won’t know for sure how much of this will change.

I’m still excited and intrigued by the premise and can’t wait to see how it finally turns out.