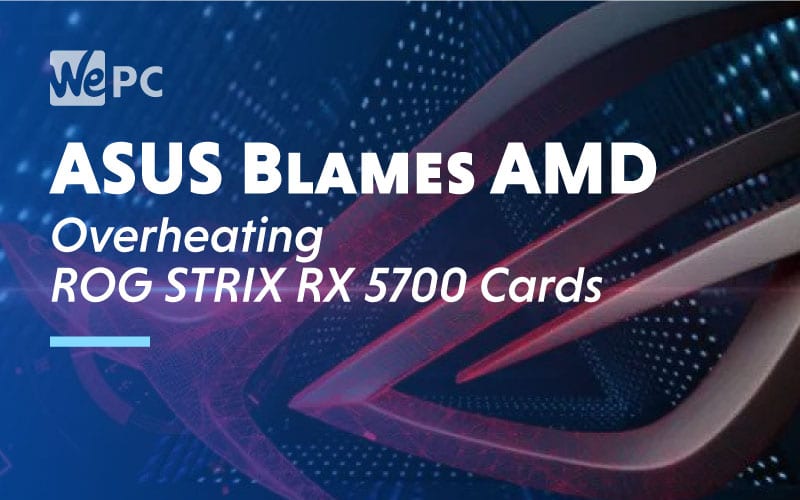 With news of the ROG STRIX 5700 series of graphics cards having frequent problems with overheating, it’s quite interesting to note that ASUS has shifted some of the blame towards AMD.

In a post on the ROG section of the ASUS website, an announcement was made that details the problem at hand.

When designing the cards, ASUS received documents from AMD that outline the specifications and tolerances that ensure the reliability and performance margins are maintained.

For the RX 5700 series of cards, AMD recommends a 30-40 PSI mounting pressure. This has been deemed by ASUS to be far too low and reduces contact between the GPU and the cooling substrate.

What Has ASUS Done To Remedy This?

After receiving numerous user reports regarding the temperature issues, ASUS conducted its own testing to find the optimal PSI range for the graphics cards without a compromise on reliability.

They have found that a screw mounting pressure of between 50-60 PSI is optimal for this series of cards. Every ROG STRIX RX 5700 card that has shipped after January 2020 will all meet this new specification. ASUS has also offered to install new mounting screws for users with existing cards to remedy the problem.

High temperatures have been a problem that has plagued the RX 5700 cards since release and were even spotted on the reference card. While the cards offer excellent performance after moving to the 7nm process, the cooling solution the card comes with just wasn’t up to scratch.

Hopefully, this screw mount fix will solve the problem for people who own these cards and that will be the end of it. While the existing Navi cards run pretty close to their limits straight out of the box, we wouldn’t expect this fix to offer any increase in overclocking potential.

While it is rare for an OEM to shift the blame upwards, it’s good to know that they are aiming to remedy the problem for new and existing customers. Some users have questioned why this problem wasn’t recognized and remedied during ASUS’ testing before they shipped the cards but we’re unlikely to get an answer for that one.