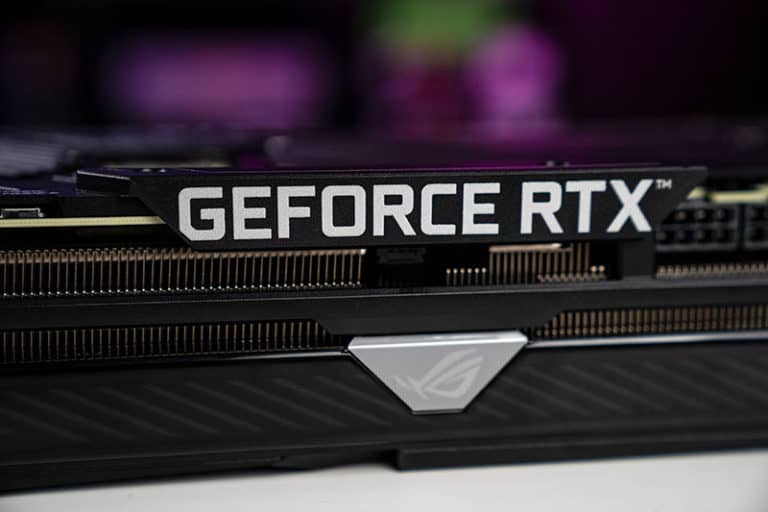 We previously reported a couple of weeks ago that suggested that ASUS was due to drop prices on their GPUs, and according to new information that we can glean from retailer pricing this morning, ASUS is further dropping the price of their flagship graphics cards in the UK, we’ve got exclusive details on what GPUs are going to be in stock, and their new pricing. This is in line with the reports that GPU pricing worldwide is starting to trend lower, and hopefully further toward their intended MSRP pricing.

This comes hot off of the heels of ASUS announcing that their GPUs will be available for much cheaper than they have been over the past 18 months, so it appears that the rumors have borne fruit, and the grass is beginning to look a lot greener on this side for punters looking to get their hands on a current-generation graphics card. GPUs have previously been subject to excessive scalping due to demand, but due to the crash in the crypto market, mining on commercial GPUs like this is becoming significantly less profitable. Therefore, miners no longer have their eyes on consumer cards, meaning that many of the people who were driving up aftermarket prices no longer want the cards for mining purposes, or spend that much.

According to our sources, ASUS is due to drop three graphics cards in price across the UK today, with stock expected to become available imminently across several retailers. We’ve got the suggested retail pricing that you can expect across the UK on the following cards. Stock is beginning to stabilize on these cards, so you should be able to get your hands on one of them fairly soon.

We’ve already seen the proof in the pudding for these price drops, with links already being available at SCAN and Overclockers, which we’ve summarised below, so you can get your hands on a brand-new graphics card without having to search around. Though, it’s believed that Ebuyer will also join their ranks in listing the products at this price point later today.

More links will surely go live today, showcasing further evidence of the price drops for these GPUs across a number of different retailers, so be sure to keep your eyes peeled to take advantage of the new pricing. Since the cards appear to be the very well-regarded TUF model of ASUS’s aftermarket coolers, you can expect impressive performance, with the thermals of the card being among some of the best AIB cards that you can currently get your hands on. It’s understandable that we’ve not seen a similar drop for the STRIX line of cards, as they are much higher-end than the TUF models, and are considered one of the more premium cards that you can purchase.

The root cause of these price drops is ease in demand coming off of things like a crypto ban in China, in addition to a much more stable supply of cards. We predicted that there would be an 11% drop in price, and it appears that is beginning to be reflected, and much more aggressively if these reports are to be believed.

This could also be due to more cards being available in the GPU stack than many others, meaning that you could potentially get your hands on exactly the card you want, at an attractive price point due to aggressive binning which leads to a stack of products catering to each of them, which doesn’t happen until later in a product generation’s lifecycle. Now that Ampere is mature, we’re beginning to see this bear fruit, meaning that there are very few wasted yields at the chip foundries. TSMC themselves are additionally boosting their chip output, which could also have an additional impact on GPU pricing that we could be seeing elected here now. Though, it’s Samsung who makes the dies for several of the Nvidia Ampere lineup, with TSMC being the choice for both Nvidia’s Lovelace and AMD’s RDNA 3.

While the pricing of these cards is indeed excellent, graphics card pricing might be in freefall, as prices continue to trend towards the golden zone: MSRP. The only way to get an MSRP card for a good while has solely been to attempt to get a Founder’s Edition card, which is only manufactured in limited quantities. But, the other way would be to wait long enough to attempt to get yourself a card that’s got an impressive cooler and wait for prices to go down just a touch lower to go into the ‘normal’ zone once more. The risk you’ll be running if you wait is that the cards could just disappear as a new generation looms over us.

Regardless, catching a falling knife might always be dangerous for your wallet, but now might just be a great time to buy a GPU, and it feels very good to finally say that.