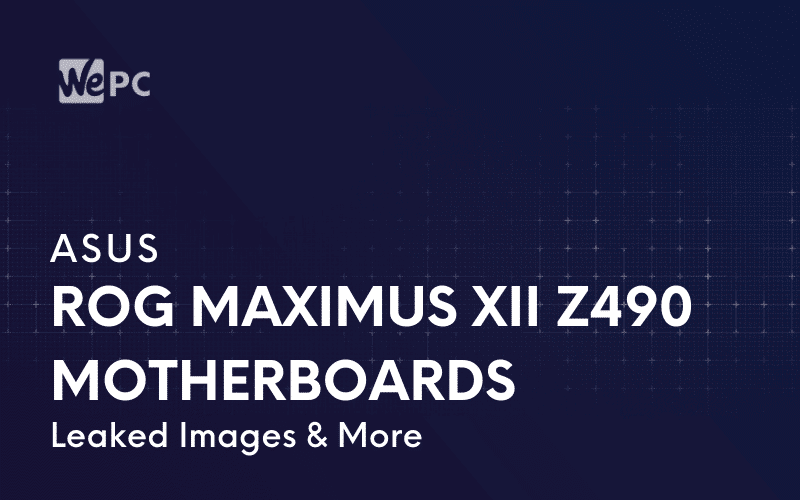 A series of brand new motherboards have recently been leaked from some of the top names in tech. Fans of the ASUS Republic of Gamers series of hardware will be happy to see the rumor circulating that ASUS has a new generation of Maximus motherboards coming out.

It looks like ASUS is going to release its ROG Maximus XII which will be a top of the line motherboard in the range.

What Motherboards Have Been Announced?

This is the 12th generation of Maximus motherboards from ASUS and the rumors suggest that there are four main models to take note of. These are the following:

There’s also an Extreme Glacial model which some suspect is an all-white version of the Extreme motherboard. Details and images of this have not been released yet but we should hear more soon.

Motherboard Specs Released – What Do We Know So Far?

From this leak, we already know a few key points and specs from this motherboard series.

According to the datasheet released during the leak, the Z490 ASUS motherboards will make use of PCI-Express 3.0 rather than the latest 4.0 version. There have been rumors that these motherboards already have 4.0 support but that it’ll only support the new Rocket Lake-S series from Intel.

The images released for ASUS’ new motherboards feature some impressive and eye-catching design – as expected from the ROG series. While this is still technically a leak, the promo images released do seem pretty solid. With more details likely to come out the closer ASUS is to a release date, we will be sure to keep you in the loop when we hear more.

What do you think of the new ROG Maximus motherboard series from ASUS? Let us know in the comments below.