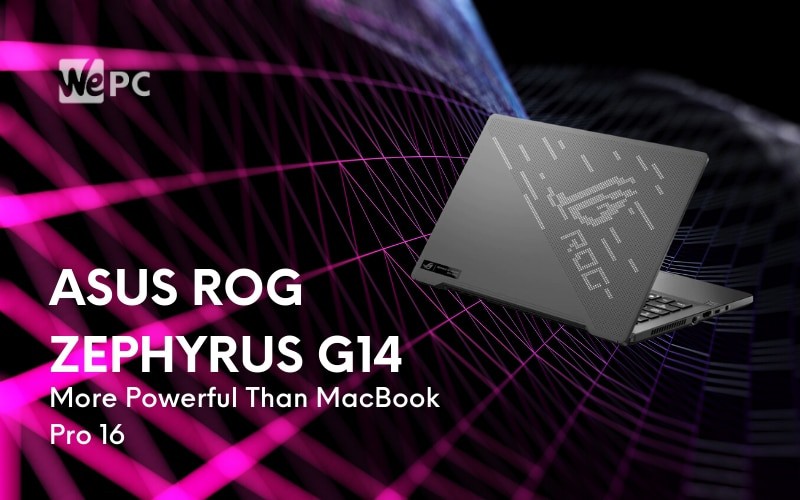 If you have been eyeing up a new MacBook Pro, believing that you can’t get better than Apple, you might want to pay attention to what other brands out there can do.

According to a recent benchmark, the ASUS ROG Zephyrus G14 laptop when paired with a Ryzen 7 4800HS processor reached fantastic performance levels.

What Are The Specs Of The Ryzen 7 4800HS Processor?

The Ryzen 7 4800HS processor uses eight cores and sixteen threads. This enables it to reach a base clock frequency of 2.9 GHz which can be pushed further to an overclock speed of 4.2 GHz.

Following on from what other Ryzen HS models can offer, this processor has a TDP level of 35W. The chip also comes embedded with Vega graphics which has seven processing units.

What Did The Benchmark Show?

A Geekbench 5 benchmark database listing showed that there were two records of testing the chip above. In single-core tests, they measured at 1135 points and 1164 points but the multi-threaded test measured the performance at 7444 points and 7544 points.

An interesting comparison to make is with the Intel flagship processor – the Intel Core i9-9980HK. This processor also has eight cores and sixteen threads but has clock frequencies of up to 5 GHz.

Is It Really Better Than The MacBook Pro?

With the Ryzen 7 4800HS processor scoring quite a bit higher than the Intel offering, it means any laptop that houses this chip is going to feature some impressive performance.

Probably the most well-known example of a laptop that houses the Intel Core i9 processor is the Apple MacBook Pro released last year. With this recent benchmark data, it means that the new ASUS ROG Zephyrus G14 which uses the Ryzen 7 processor should feature better performance.

If you’re looking for a new laptop with top performance, it could be worth waiting to get your hands on the ASUS ROG laptop.

Pre-ordering for this laptop began this month, so it looks like you may be able to get your hands on it next month. However, with the current crisis, this is far from certain. If we hear any news about this in the meantime, we will be sure to keep you updated here at WePC.

The Best Laptops For Animation