Destroy the gods later this year with Aztech Forgotten Gods 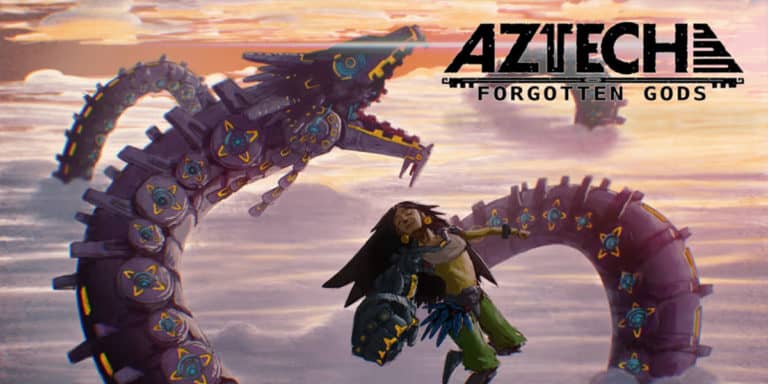 It’s cool when a game gets to bring a particular cultural history to wise attention, and Aztech Forgotten Gods looks like a great way of doing it. It’s a 3D platformer that mixes elements of Aztec mythology and history with technology to produce a super-entertaining game with a unique style and tone.

With the huge resurgence of 3D platformers over the past few years, there are plenty of reasons to get excited about a game that’s trying something new. That’s why we’ve compiled a lot of the important release information for you to check out below.

Aztech Forgotten Gods was first announced back in April of 2021 with a flash trailer showing off some of the unique visual design and gameplay elements. At the time it was slated for a Fall 2021 release, but obviously, that never came to pass.

You can stop holding your breath though, as only recently was a new release date actually revealed. March 10th, 2022 will be the day we can finally jump into this interesting world.

The 3D platformer gameplay of this title looks like it’s heavily based around the concept of flow. In the extended gameplay trailer, we get to see the main character zipping around the battlefield out of the way of attacks. She also effortlessly glides around a giant boss monsters, and leapfrog across an open plain area at one stage.

Combined with the write-up, the gameplay we’ve seen makes it clear that the focus here is on mobility. Your character is incredibly mobile, both horizontally and vertically, and that’s always a great feature in a 3D platformer. Excessive movement abilities grant you a lot more freedom when it comes to both combat and exploration.

You can take a look at the gameplay for yourself if you’re interested in finding out more about the game. It’ll be coming to most major platforms as well, as you’ve not got much of an excuse to not play it.