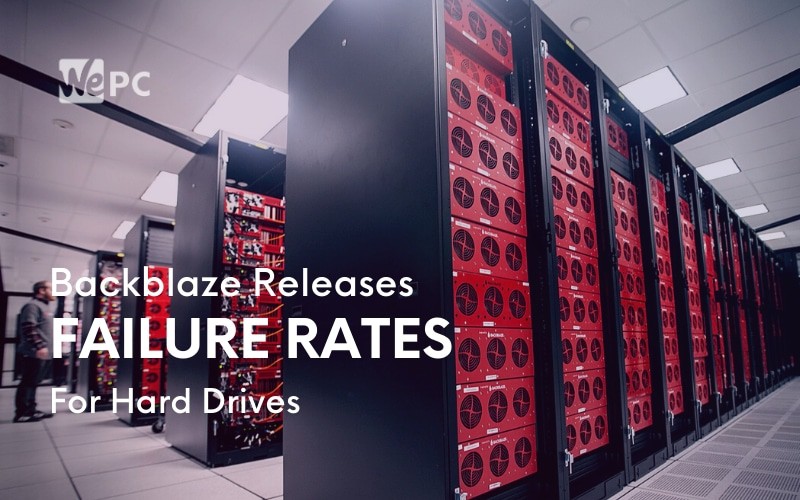 Backblaze has recently revealed a Q1 2020 review of lifetime failure rates of hard drives currently in operation. The results are fairly conclusive regarding who’s coming bottom of the pile.

Which Brand Has the Highest Failure Rates?

Backblaze has had 132,339 hard drives spinning in its cloud storage system since March 31st, 2020. However, they only tested a total of 129,764 hard drives. Several were excluded from the tests as they were either used as testing drives or they didn’t have at least 60 drives of a given model.

The Annualized Failure Rate (AFR) for Q1 was 1.07% which is the lowest for any quarter since Backblaze’s tests began in 2013. 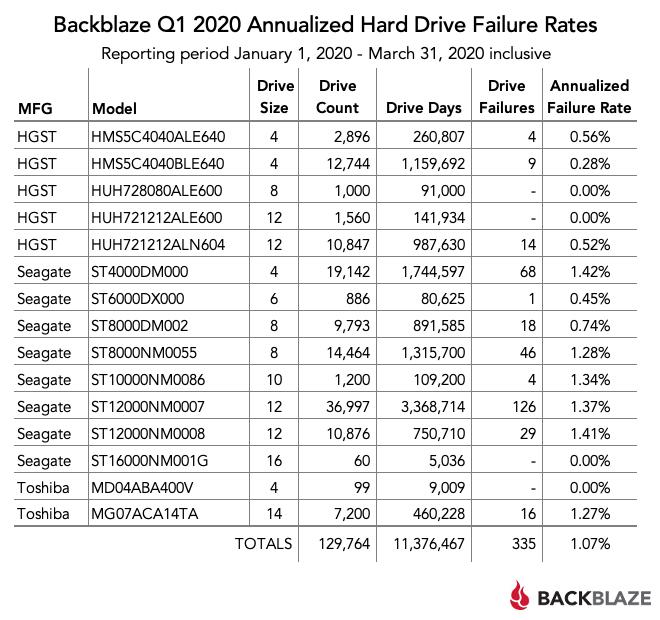 However, from the results, it looks like Seagate has the highest rate of failure when compared to other manufacturers. So, it’s bad news if you have, like many of us, got a Seagate hard drive kicking around in your PC.

Of those tested, four drive models from three manufacturers had zero failure rates. None of the Toshiba 4 TB or the Seagate 16 TB drives failed. However, it’s important to note that these had less than 10,000 drive days during the quarter.

How Does Backblaze Measure Failure Rates?

The AFR can vary drastically if there’s even a small change in the numbers. For example, if one of the Seagate drives had failed, this would push the AFR to 7.25% for the quarter.

When it comes to new drives being added, the question is: how can Backblaze maintain accurate data and averages?

It will be interesting to see if the same manufacturers come up in the next quarterly review of hard drives, particularly for Seagate users. It will also be good to see how those hard drives with minimal hours of use fair later on in the year.

Is this data likely to influence hard drive buying decisions? Would you think twice about purchasing a Seagate? Let us know your thoughts in the comments below.