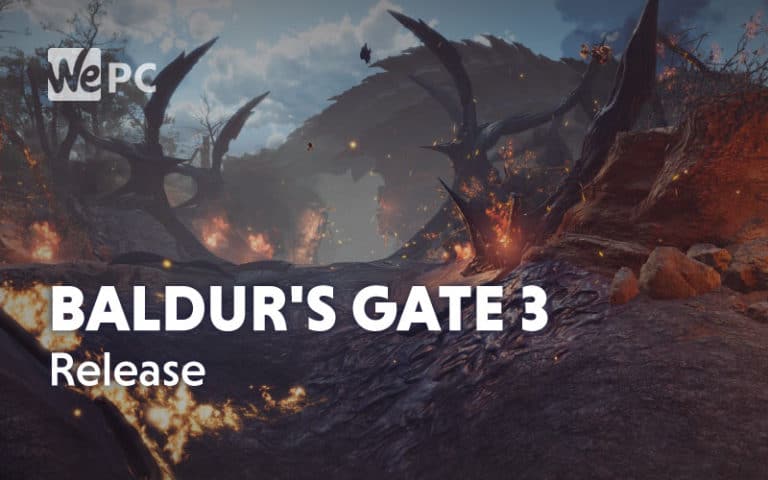 Baldur’s Gate is back – those are four words that most of us never thought we’d see in the same sentence. Widely renowned as one of the best RPGs of all time, Baldur’s Gate 3 is the third installment in the franchise that spawned from the world-famous tabletop RPG Dungeons & Dragons. The series is coming back to life on Google Stadia and Steam in a long-awaited revival in the form of a sequel to 2000’s Baldur’s Gate: Shadows of Amn.

The game is being developed by Larian Studios. You may know them for their critically acclaimed Divinity: Original Sin 1&2. Considering that Larian has had its own fair share of success thanks to their Divinity games, fans all over the world are excitedly awaiting the release of their take on the BG series with bated breath.

The game hit Early Access in 2020, but since then, it’s been relatively quiet in terms of a release date. However, recently on the Larian Gazette, we’ve seen that the team plan on a 2023 release window. Although we don’t have a date, we do have a release window now! We’ll know more details the closer we get to 2023.

A firm release date is little but a guesstimate at this point, but it’s unlikely to happen before 2021. However, judging by what we know so far, the game will be worth the wait. As Swen Vincke said, “We want to make sure it’s really, really good. When that’s the case, then we’ll release it.” Considering that the fans of Baldur’s Gate already waited for nearly two decades, a few extra months seem worth it for the sake of receiving a polished game.

Two cinematic trailers have been released so far, and both of them do their job of making everyone hyped for the release!

The first of the two cinematic trailers shows a gruesome, yet fascinating, glimpse into the storyline in Baldur’s Gate 3. We see a city that has been laid siege to, with one final soldier still standing, slowly transforming into a Mindflayer. In the last shot, we see a haunting image of a freshly created Mindflayer standing tall, its eyes shining in the darkness.

The second trailer is longer and follows a similar pattern. Groups of Mindflayers are assaulting human settlements and capturing innocents, including the player character, with the goal of turning humans into one of their own.

Once the Mindflayer’s parasite enters the main character’s brain, they will gain incredible power, but it comes at a cost. Will you be able to find the right balance between good and evil, or will you succumb to the darkness?

The one-hour long gameplay preview has also opened the doors to a lot of fun rumors and speculations. In Baldur’s Gate 3, we will be able to create our own hero based on the races and classes known from D&D. Alternatively, gamers are welcome to pick one of the premade heroes available from the start.

Baldur’s Gate 3 will allow for single and multiplayer modes through local and worldwide connections. Up to four players will be able to play together at the same time. The combat is going to be turn-based. It’s clear that it was inspired by the fifth edition of Dungeons & Dragons. What’s interesting is that we will be able to switch to turn-based gameplay even outside of combat, which should make preparing for a fight much easier to coordinate!

Many new releases can only dream of the kind of hype Baldur’s Gate 3 is generating simply by being a sequel to an already beloved series. However, the game seems capable of standing on its own two legs even without its older siblings. Meticulously crafted by expert game devs known for the hit Divinity series, this sequel is looking to live up to the expectations. Breathtaking graphics matched by a storyline that seems gripping and promises over 100 hours of gameplay? Sign us up!

The game’s most diehard fans have waited for this moment for years, and while some are skeptical, most are counting down the days until they get their hands on the new title. For now, we’re all holding our breath as we await news about the official release date. We’ll make sure to keep you posted, and in the meantime, watch out for those Mindflayers!