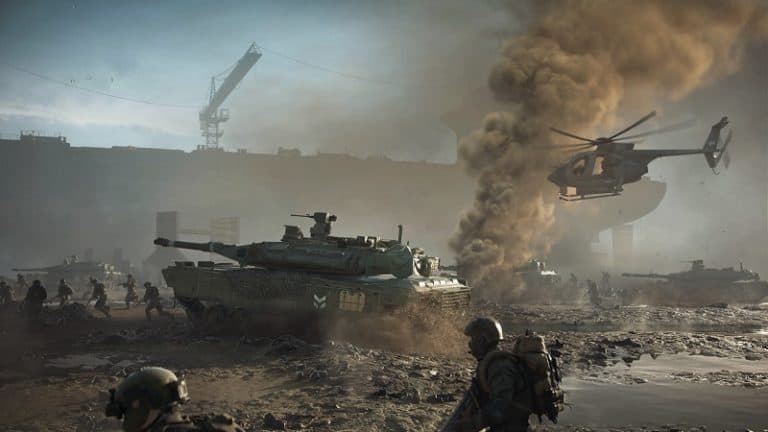 Battlefield 2042 is a much anticipated game from publisher Electronic Arts and studios DICE,  EA Gothenburg and Criterion Software. As with all the big multiplayer games with established fanbases, an open beta play test has been in high demand. More information on when the beta would happen was supposed to be announced by the end of the month, and it appears Chinese video hosting site BiliBili has let the cat out of the bag early.

As you can see in the streaming schedule image above, Chinese streams of Battlefield 2042’s open beta will take place between October 6, 2021 to October 9, 2021. Battlefield 2042 has an official page on the BiliBili website, so the information is likely to be real.

EA has also apparently emailed western streamers suggesting the Battlefield 2042 open beta would start on October 3, 2021, so we should expect an official announcement some time soon. Battlefield’s Twitter account said we’d hear more about it before the end of the month, so there’s not much time left.

Battlefield 2042 has been delayed and will be releasing a month later than intended, largely because of the ongoing COVID-19 pandemic. It’s now releasing on November 19th, 2021, which is later than it’s biggest competition Call of Duty Vanguard.

This is the statement that they released on that:

“We’ve made the decision to shift the launch of Battlefield 2042. The game will now be released worldwide on November 19th, 2021.

Building the next generation of Battlefield during a global pandemic has created unforeseen challenges for our development teams. Given the scale and scope of the game, wwe had hoped our teams would be back in our studios together as we move towards launch. With ongoing conditions not allowing that to happen safely, and with all the hard work the teams are doing from home, we feel it is important to take the extra time to deliver on the vision of Battlefield 2042 for our players.

Your enthusiasm for the game has been very inspiring. We believe in the game we’re making, and we thank you for your patience as we put some finishing touches on the experience.

Updates on the Open Beta will be coming later this month.

Hopefully the free open beta and Electronic Arts supported streamer content can demonstrate the value of the game to players that may otherwise be sitting on the fence about whether they’ll be picking it up or not.

Like shooters? Why not check out one of our articles on another first person shooter coming out this year, like Halo Infinite?