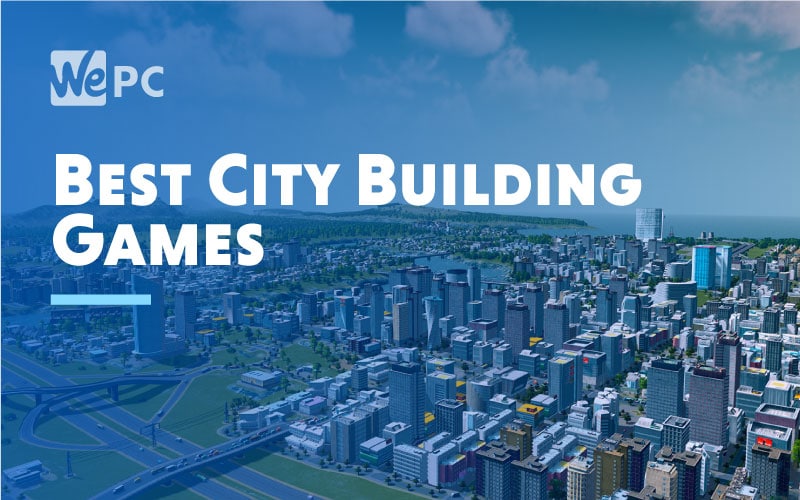 If you want to take a break from action-packed games, multiplayer, or sports, then sit back and give city building games a shot.

Requiring a bit of strategy and patience, you can build anything from a small village to a sprawling metropolis with some of these titles. You’ll be responsible for building an efficient and prosperous city that keeps the people happy, which is harder than it sounds!

Starting off the list is Tropico 6, a game that allows you to become el Presidente of your very own tropical paradise.

You can choose a campaign or sandbox mode which puts you on a tropical island with various natural resources and citizens waiting for work and housing. You must build an island that can sustain its own economy (with some help from foreign aid) and also provide the infrastructure that keeps your citizens from rebelling. Upset your citizens too much and they might take you out...literally.

Along with the campaign, you will be presented with opportunities for growth and also political decisions to make which could make or break your dynasty.

SimCity is probably most people’s introduction to the city-building genre. It’s a classic title in the SimCity series which allows you to turn land into a small settlement and a city eventually.

Players are responsible for all areas of managing the city, from infrastructure, finance, environment, job markets, and transport. It’s a fine balancing act to keep all of these different components running smoothly to ensure the quality of life for your citizens.

You can use God Mode to design or terraform your land in order to build the city exactly how you want. God Mode also gives you the option to trigger natural disasters such as earthquakes and tornadoes if you want a bit of an added challenge.

Mayor mode, on the other hand, is a bit more restricted. You must use advisors in the city to decide how to best manage the city. Another playing mode is MySim mode which is where you create a Sim which lives and works in the city you manage and create.

Cities: Skylines is another modern city-building title that fans of the original SimCity series will love. Players must get stuck into urban planning in this title, managing areas such as road building, public services, transportation, health, pollution levels, and taxation.

Players start off with a small plot of land and some money and must build the city bit-by-bit, adding things like roads, housing, and commercial zones. As the city expands, this unlocks items for the player including police stations, schools, and hospitals as well as certain political powers and public service edicts. This game also has a great sandbox mode for those who want unrestricted city-building.

For those looking for a smaller-scale city-building title, Banished is great. Taking place in a historical setting, Banished is all about survival. The game begins with a selectable world state which will load up various conditions including climate, number of families in the colony and what items they bring into your world.

To start building your town, you must first find the materials to build homes for your settlers from the natural resources available. Resources must be managed strategically. After all, trees regrow pretty slowly and you’ll soon be out of materials if you go on a big building spree.

Unlike other city building games on the list, this game focuses on the survival of individuals. Each person in the town has a name and a place in your town and while you don’t control them, they have needs and lives of their own (which you can influence in some ways).

Another one for the history fans out there, Anno 1880 is set during the Industrial Revolution of the 19th century. Part of the widely popular Anno series which also includes Anno 2070 and Anno 2205, this game uses similar city building and ocean-faring mechanics but with some changes.

The gameplay is set in the colonial trade era in the Old World and features typical city building elements with randomly generated trade routes, maps and AI opponents which provide challenges along the way.

Players can plan out their cities with blueprints before actually constructing them or using resources which is an interesting new feature you don’t usually see in city building games.

City building games are great if you’re after a bit of strategy or feel like building something creative. You can get as detailed as you want, building pipelines all over SimCity or negotiating trade agreements with US senators in Tropico.

Most of these have a dedicated sandbox mode if you want to get a bit creative. However, the campaigns are all interesting enough to keep you entertained for hours on end.

This might not be all the city building games we can think of so if we have missed any you think should be on the list, let us know in the comments down below.