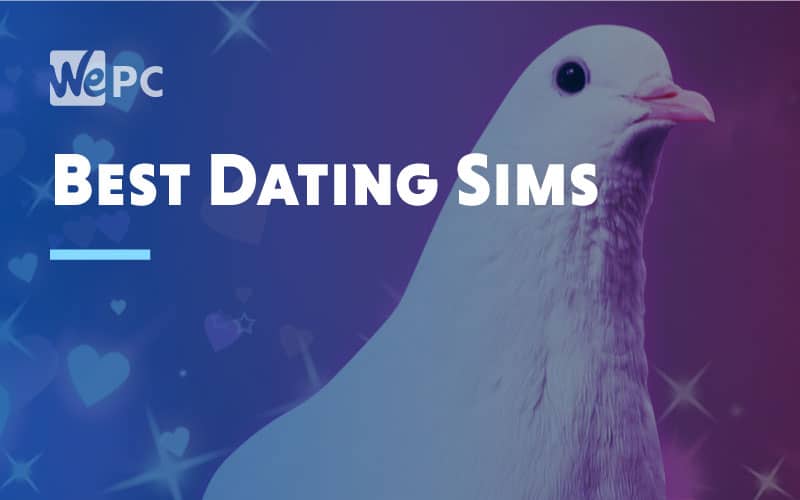 For gamers who like niche gaming genres, dating sim games are an interesting one to explore. Made popular in Japan during the '90s, dating sims are not as well known to the rest of the world.

If you’re looking for the best dating sim games to play in 2020, we’ve put together a shortlist of our top picks. These titles will be good options for those new to the genre or those who have been playing dating sims for a while.

We thought we would start off with a mobile game. Mystic Messenger is a very popular dating sim game you can play on your phone. You play as a female protagonist who downloads a strange app that leads her to the apartment of a girl called Rika, who runs a charity.

As her new helper, you are launched into a room full of the remaining members of the charity and must organize the charity and invite guests. You can choose different character options, which each have their own backgrounds in order to find the truth of what happened to Rika and the charity.

10 Days With My Devil is a part dating-sim, part visual novel for mobile devices. You play as a woman who misses her death and finds that she is being hunted by demons responsible for collecting the souls of the dead.

You must bargain with five demons and they agree to help on the condition that she allows one of them to watch her closely to ensure she doesn’t try anything foolish. Now that you’ve cheated death, you have a decision to make, will you fall in love with an angel or a demon?

Amnesia: Memories is another game in this list that involves the female character choosing a male love interest. In this game, the main character gets amnesia and has to make a series of choices and actions in order to regain her lost memory.

The male characters that you interact with are based on symbolic suit symbols in a card pack (e.g. Joker, Heart, Spade, Clover, Diamond). Which route you choose affects your protagonist’s relationship with each character.

Now for something a bit different from the other visual novel games on the list. HuniePop is both a tile-matching and a dating sim game tied in one. The game follows the dating adventures of your player who must win the affection of different women in your hometown.

There is more varied gameplay in this title, found through the tile-matching aspect. Besides this, you must interact with other characters, each of whom has their own personalities. To win their favor, you can give gifts by using “Hunie” a kind of in-game currency.

To progress, you must take the different women out on dates. On these dates, you will play a tile-matching game and if you earn enough points, you will complete the date and be rewarded.

Last on the list is a cross-genre game that involves dating sim, visual novel, and tactical role-playing elements.

It’s set in a fictionalized 1920s world and centers around a Japanese naval lieutenant who must train with the New York Combat Revue. This is a group of women who both run a theatre company and also defend the city from supernatural threats on the side.

Your character must prove himself worthy to lead the Combat Revue and defeat demonic forces in the city. Each of the characters has their own personal struggles which must be balanced against the larger threats at play.

We couldn't talk about Dating Sim games and not mention the cult classic, Hatoful Boyfriend. In this bizarre game, you get the chance to romance and befriend a collection of birds. Yes, you read that right, birds.

You are a human attending a school for exceptional birds, and it's down to you to meet as many feathered folks as possible and try and impress your bird of choice.

It's a strange and wonderful game that never feels normal but always feels fun.

Dating sim games are a casual way to pass a few hours if you would rather not settle down with an action-packed role-playing game. While this list won’t include all the dating sim titles out there, we think these are some of the best introductions into the genre.

As you can see, a few of them cross over into the visual novel genre too for the narrative-based gameplay. If that’s something you also find interesting, be sure to check out our list of the best visual novel games too.

If we have missed your favorite off the list, make sure to let us know in the comments section below.