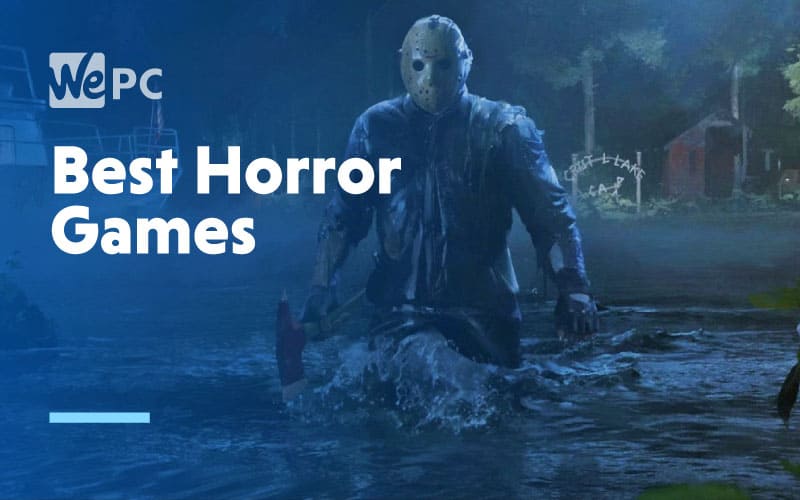 Well, readers, it is officially my favorite time of year - Halloween. A time of costumes, jump scares, and horror movies. And as soon as I move that calendar page to September (definitely not too early) I dust off some of the best horror games around once more. From the good, old fashioned classics to some of the newer kids on the block, we’ve rounded up the ultimate games list for your Halloween horror nights.

What makes a great horror game? Because there are so many different kinds of horror games, this can vary from title to title. Some games will be a slow burn, gradually making you more uncomfortable or worried about what’s in store. Some will be adrenaline-fuelled nightmare adventures. And some will just be downright creepy.

Featuring all your favorite horror villains, this co-op survival game brings the kind of heart-pumping adrenaline boost we all love. Work with a group of friends to try and evade the killer for as long as possible, fixing generators to secure your escape. Or, play as the killer as wipe out everyone before the dawn approaches.

The game has been around for a few years now, but it never feels old. They are constantly adding new villains and new maps to play through. And, since you’re always playing with a new group of people, the game is always changing.

Taking one of the classic horror game series and giving it a new spin, Resident Evil 7 is the most immersive game in the series thanks to the first-person perspective. They managed to keep in everything that makes these games great - terrifying bad guys, micromanagement of resources, exploration, and shooting; and then added in a new viewpoint to up the horror aspect.

The puzzles in this version are generally much too simplistic for most players, but the deadly encounters and quick-thinking shoot outs more than make up for it.

An absolute classic horror game is now available in VR - as if it wasn’t scary enough, to begin with. Can you survive Five Nights at Freddy’s? Probably not. But, you’ll have a hell of a time trying to. Get ready for jump scares aplenty as you try and hide from animatronic creatures that are somehow running loose at a pizza place.

If you’re brave enough to play through this on VR, make sure you get someone filming your reactions because they really are priceless. No matter how unshakeable you think you are, this game always gets you.

The newest release on our list, Man of Medan has already become a fan favorite for its story-driven horror survival style. The fact that it’s a co-op game as well really adds something special. When you play in a two-player co-op, you can only communicate with your fellow player through the in-game dialogue options. This really limits what you can share with each other as you explore the abandoned ship the game is set on.

While the story in this game can be a little slow to get going, overall it proves an enjoyable and scare-inducing experience for players and their friends.

Horror fans the world over will remember the first time they saw the classic Alien movie - it was, and always will be, a classic. Following on 15 years after the movie, you take the role of Ripley’s daughter as she joins an expedition to find the Nostromo on a salvage mission.

Just like the movie, we don’t get to see the monster itself for a long time, amping up the tension to the max. They even have the option of using audio recognition to make it even tenser, allowing the alien to react to any noises you make in real life.

We’re digging deep into the archives for this one, but when I asked the team about their favorite horror games, this one came up a lot. A perfect mixture of Resident Evil and Jurassic Park, Dino Crises gives us gore, tension, and dinosaurs aplenty.

The storyline sounds odd on paper, but when you play through the game, it does a great job of sweeping you along with it. You’re searching for mad scientist Professor Kirk on an island infested with dinosaurs to see if his experiments have any relation to everything that’s happening.

It was hard to narrow down this list, there are so many great horror games out, and some great ones yet to be released. But, every one of these holds a special place in my heart while they make it race at a million miles an hour.

Which are your favorite horror games of all time? Let us know in the comments below!