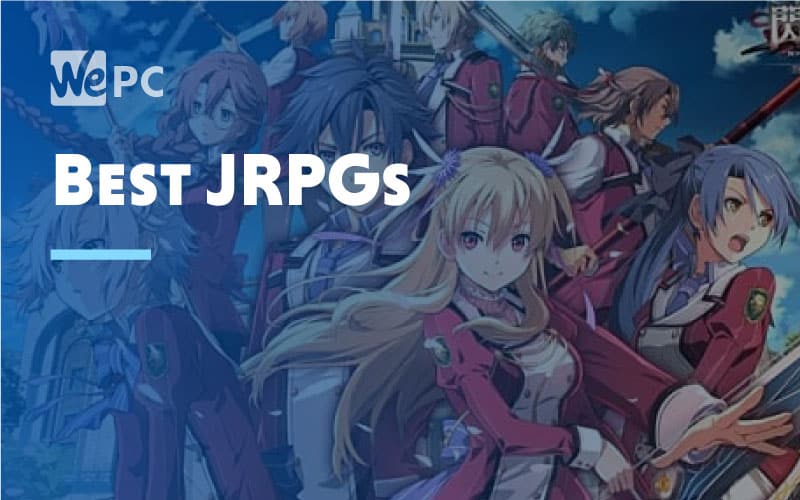 JRPGs typically cover a nice combination of story, character development, adventure, and combat. In this post, we’ll be covering some of our top picks for JRPGs to start playing in 2020. It doesn’t matter whether you’re brand new to this gaming genre or it’s a fond favorite, you’re sure to find something you love.

Of course, this list isn’t exhaustive, but we’ve tried to include a balanced mix of games.

If you are a fan of the stunningly beautiful Studio Ghibli films, then you’re in for a treat with this game. Ni No Kuni II was co-produced by Studio Ghibli so, as you can imagine, the visuals are beautiful.

This game is a third-person perspective game that combines a mix of typical RPG components with an open-world layout. In this game, you can help to run a kingdom, recruit monsters, fight bad guys, and also freely explore the magical world around you. It’s a great introduction to the JRPG genre.

It’s always a hot topic on which Final Fantasy game is the greatest, with thousands of top ten lists out there having hundreds of different opinions. We’ve opted for just one Final Fantasy title for our list today to make things fair on its competitors. Final Fantasy VI is a great introduction to the series.

With magic vanishing from the world, this isn’t your stereotypical Tolkein-style RPG. The world has been remade with iron, steam engines, and other industrial technology.

With a charming art style, a great cast of characters, and a steampunk vibe, Final Fantasy VI still holds up very well today. Now available on a multitude of platforms it’s easier than ever to experience the great characters and villains on offer.

When it comes to Chrono Trigger, it’s the vast storyline that helps set it apart from other JRPGs out there. You’ll experience time travel, a large cast of characters (including a talking frog swordsman), and even a floating sky kingdom.

Chrono Trigger holds up really well considering its age. Although originally released on the Super Nintendo, the graphics and art style have a nostalgic feel and the gameplay feels current enough that you’ll rarely feel frustrated.

Originally released on PlayStation 2, Dragon Quest VIII is a charming cell-shaded game that many fans hold dear. Acting as the first Dragon Quest game to become available in Europe, this title is a nostalgic hit for many JRPG fans.

With an incredible fully orchestrated soundtrack and a cast of characters, all with voice acting, this was the first Dragon Quest game to make the jump to 3D and it cut no corners. Players control their silent protagonist on their quest to defeat Dhoulmagus who cursed the people in the Kingdom of Trodain.

While only available on Xbox 360 and Xbox One with backward compatibility, Lost Odyssey is an excellent addition to the JRPG genre. Playing as an immortal hero with amnesia, you’ll recount heart-breaking tales from over 1,000 years of being a mercenary as you embark on your quest to stop the power-hungry Gongora from completing his plans.

Staying true to the JRPG genre, there is a wealth of story to be experienced in this game as well as an almost never-ending variety of turn-based combat to fight through. Taking place in a large world where character leveling and party management is important, this isn’t a short title by any means. Originally released on four discs for the Xbox 360, there’s lots of content on offer here.

While these are a step in a different direction when compared to western RPGs, there’s so much on offer here which makes the experience truly unique. It’s no wonder many gaming fans prefer JRPGs due to the diverse list of characters, interesting storylines, and mystical worlds.

With over 20 years of games to go through, we’ve no doubt missed a few from our list. In fact, series such as Final Fantasy and Dragon Quest have so many great games we could dedicate a list just to them!

Let us know down in the comments below what you would include in your own list, we love hearing your thoughts.