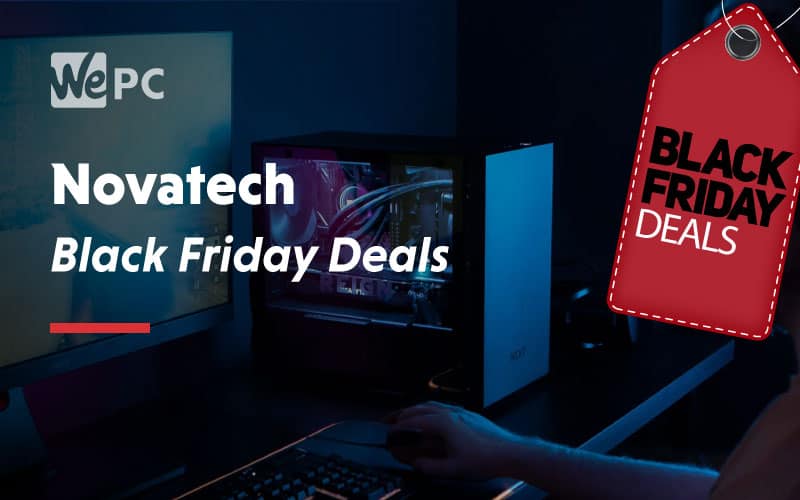 It’s finally here, the time of year where retailers go a little crazy and put huge discounts on their best selling products. The time of year where masses of eager buyers flock to the streets in the hope of snapping up some of the fantastic deals on offer. That’s right; it’s Black Friday!

Like many retailers, Novatech, one of the UK’s leading computer hardware stores, is going to be hosting an array of huge discounts across some of the biggest and best products 2019 had to offer. And yes, that DOES include the hugely popular AMD Ryzen 9 3950X that was released just a few days ago.

In this article, we’re going to be showcasing only the best deals Novatech has to offer in this year’s Black Friday bonanza and how you can go about grabbing one. So, without any further ado, let’s take a look at the best Black Friday Novatech deals available right now.

Novatech is one of the biggest retailers in the computer industry, and they’ve been supplying UK consumers with high-quality computer hardware for over 30 years now. They stock a huge catalog of products which is compromised of more than 20,000 high-quality PC components and systems. Many of which will be on offer this Black Friday!

Let’s take a first look at some of the great deals Novatech has to offer this November 2019:

At this moment in time, we’re still a couple of days off the official Black Friday date, and right now, there are not many items on sale. I know, annoying. Having said that, below are several products that are high in demand and should have a sizeable discount come November 29th.

Obviously, at this stage, we’re largely talking about speculation and guesswork. Having said that, if Amazon’s Black Friday is anything to go by, we should see some great deals on these over the Black Friday period.

A lot of people reading this won’t be familiar with the whole Black Friday craze and are probably scratching their heads at this stage, wondering what deals might be on offer in the coming days. Well, for those people, we’re going to revisit last year’s Black Friday so you can get a better idea of what savings might be in store this time around.

Last year played host to a whole bunch of fantastic deals which ranged from motherboards to monitors, and pretty much everything in between. The best offers we saw took a whopping 40% off the original retail price. Many lesser deals saw around 15-25% off which in the large scale of things, is still a pretty good saving overall.

We expect to see similar, if not better, deals this time around to stay tuned to get your hands on the latest and most up-to-date deals Novatech has to offer.

So, with only a few days to go, the anticipation for Black Friday grows greater with each passing day. Luckily for you, we’ll be taking all the stress of Black Friday away by showcasing the best deals Novatech has to offer in one easy-to-access place. Yes, right here!

Whether you’re looking for a great deal on graphics cards or a prebuilt gaming computer, we’ll be sure to have all the deals as soon as they go live!

If there’s anything specific you’re looking to purchase, why not drop us a message below and we’ll try and source a deal on that product for you. Better still, why not jump over to our Community page where you can chat with some of the regulars and ask questions about Black Friday and the PC building process.