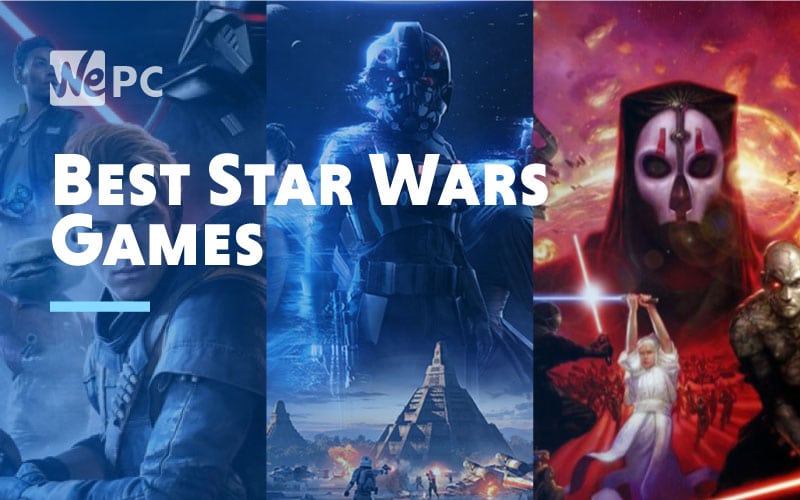 With the release of Star Wars: The Rise of Skywalker now over and done with, the hype surrounding the Star Wars universe shows no sign of slowing down. With more films, TV shows and no doubt games on the way, now seems like a perfect time to list a few of our favorite Star Wars games to play in 2020.

We’ve included a couple of classics on this list as well as a few new arrivals. This wasn’t an easy list to whittle down though, there are well over 140 Star Wars games out there, ranging all the way from The Empire Strikes Back in 1982 to our first entry, Star Wars Jedi: Fallen Order.

It’s been a while since we’ve seen a fully single-player story-driven game with no multiplayer tacked on for necessity. Star Wars Jedi: Fallen Order is a combat driven title that has some of the best lightsaber and force fighting of any Star Wars game to date.

This roughly 20-hour adventure follows the story of Cal Kestis in a story set shortly after the events of Order 66 which turned the clone army against the Jedi Order. Players will explore a variety of planets, kill a variety of Stormtroopers and also wear a variety of ponchos as Cal attempts to find a Holocron containing data on force-sensitive children before it falls into Sith hands.

The combat and difficulty in this game have been compared to that of the Dark Souls series. You’ll have to block, dodge, and parry your way to victory while making sure to keep your health high. On the higher difficulties, boss battles can be a real challenge and even a simple pack of enemies can often get the better of you if your attention is elsewhere.

Knights of the Old Republic 2: The Sith Lords

Fans of the original Knights of the Old Republic who haven’t played the sequel are in for a treat. While not as well regarded as the original title, mainly due to its rushed development, there is still lots on offer in The Sith Lords sequel.

This title has the same gameplay and dialogue style as its predecessor with a few tweaks here and there. The main focus this time is on the excellent characters and morally ambiguous storyline that players get to experience.

If you’re playing on PC there are a few must-have mods to take advantage of, one of which restores a lot of the content that was originally cut due to time constraints.

While we have already praised the excellent lightsaber combat found in Star Wars Jedi: Fallen Order, for many fans, this pales in comparison to the fun that can be had in Jedi Knight 2: Jedi Outcast.

The combat found here is what many fans think of when they remember this title, this alone is worth checking out. Lightsabers don’t feel like swords being swung around, they feel like the most lethal energy weapon you’ll ever hold. Fights quickly turn into tactical duels with more strategy needed that you’d originally think.

While we could have gone with the original fan-favorite 2005 outing, the more recently released Star Wars Battlefront II is a great experience. Offering an interesting but linear singleplayer campaign, the main focus on this title is the impressive multiplayer.

Battlefront II is still receiving additional content updates to this day, we’re not too sure how much more content we’ll see in this game but there is currently an impressive number of characters to play, worlds to fight on and ships to pilot.

While it had a rocky release, the developers have made an effort to turn this game into one that fans love. If you’re looking to experience large scale Star Wars warfare, check this out. 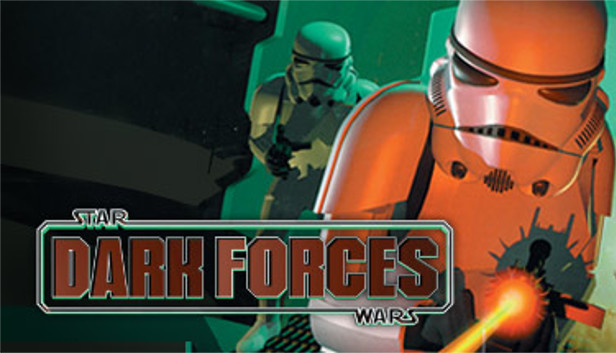 Don’t be put off by the dated graphics on this title, which was released back in 1995. Dark Forces is still a great first-person shooter that can be enjoyed today. Fans of the original DOOM will feel right at home here.

There’s fast-paced action in spades here as well as a cast of likable characters including fan favorite Kyle Katarn. On a quest to stop the creation of a deadly stormtrooper variant, players will have to blast their way through waves of enemies in order to succeed.

Is the Star Wars hype still high in your household? Why not give one of these titles a try? While this is not an exhaustive list by any means, it includes some fan favorites that any fan of Star Wars should check out.

One notable exception from our list is the classic Lego Star Wars games. To be honest, we could have made a list that only included these! If these titles are your favorite way to enjoy Star Wars, be on the lookout later this year for LEGO Star Wars: The Skywalker Saga which includes all the films released to date.

What would you have included in this list? Be sure to let us know down in the comments section below. With so many Star Wars games to choose from, we know there must be some hidden gems out there!