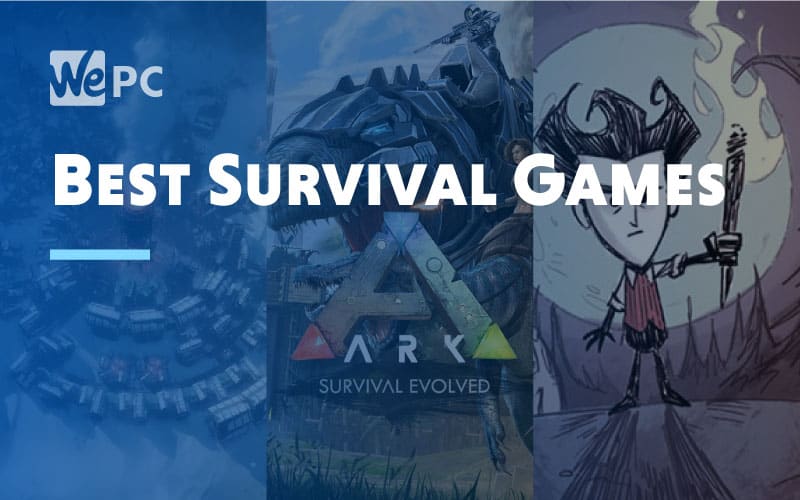 If you’ve been looking for a bit of a challenge lately, survival games are the way to go. There isn’t anything more satisfying than starting with absolutely nothing and working your way up to stability and power - especially in some of these hostile landscapes!

We’ve made a small list of some of the stand-out survival games that you can get your hands on. We’ve tried to keep this list varied, from underwater survival horror to survival city builders, there’s a title here for anybody to sink some hours into.

If you’re looking for a game that will test you to the limit, Don’t Starve is a deceptively challenging game to master. In Don’t Starve, you’ll have to find a way to survive all on your own once dropped into a world filled with Tim Burton-style art.

While there are multiple ways to survive, there are also a lot of ways it can all go horribly wrong. Gathering materials in the early game and avoiding monsters is a must.

During your adventure, you’ll have to ensure your survival by harvesting materials, crafting items and researching new technology. While Don’t Starve is a perfectly great game all on its own, if you want to experience it with friends, there is a standalone multiplayer edition called Don’t Starve Together that does just this.

At first, this title seems like a plain old ‘survival, but it’s underwater’ title. It’s not until you have a couple of panicked moments underwater, where you lose your bearings and enemies are surrounding you, does this game truly transcend into survival horror.

In Subnautica, you start off in a pod that has crash-landed in a world filled with water. With only the contents of your ship to start off with (and an impressive amount of breath-holding), you’ll have to make frequent dives to gather materials, interact with the local wildlife and somehow formulate a plan to get off the planet.

There is a lot on offer here from upgrades to base-building. If you are of a jumpy disposition though be warned, this game can get scary, fast.

Set in a Soviet wasteland, you’ll traverse a vast landscape with danger lurking around every corner.

DayZ originally dropped neck-deep in the zombie craze and fans loved it. Originally starting off as a mod for Arma 2, DayZ has now been released as a standalone game on various platforms.

Fans of survival games have a lot to look forward to in this title, there is more of a focus on scavenging from town to town rather than crafting and staying put in DayZ.

You’ll have to constantly watch out for the living dead on your adventures, but more importantly, other players. While some may become helpful allies, the majority of people you meet are more dangerous than the monsters at your door.

If you want to focus on the survival of many, rather than just yourself, Frostpunk is a great game that acts as a city management survival game. In this game, you must try to ensure the survival of a band of people after a worldwide freeze kills most of humanity.

The main focus of this game is a gigantic furnace that you’ll have to manage in order to keep your people warm. Each day has a varying temperature and if this drops too low, you’ll start to lose members of your settlement.

You can manage this by scavenging supplies, creating buildings, or even going on expeditions. This game is a balancing act that can really put players to the test, if you’re not careful, one small misstep can spell disaster.

While some may think of Minecraft as more of a creative game at heart, it is built on the fundamentals of the survival genre. Starting off with nothing at all, players will have to punch down trees, build their own tools and throw together a quick shelter to survive the first night.

For the inexperienced, survival can be tricky at the beginning. With hunger, resources and your own safety to watch out for, you’ll have to adapt quickly. There is a great progression tree to Minecraft that makes it easier for new players to jump in these days, all leading to an eventual ‘end game’ with a final boss to defeat.

While you may get sidetracked a lot when building your creations, there’s always room for a quick adventure and if you’re not careful, a swift death or even an explosion of some of your favorite creations.

Any of these games are a great way to get invested in a new world. If you’re feeling especially brave, many of these titles offer a ‘hardcore’ mode where you’ll have to start again from scratch if you happen to die.

While some people find survival games to be a bit too stressful, if you find one that clicks with you, you’ll find yourself becoming a master in no time. The sense of accomplishment you feel when you’ve finally conquered the world is hard to beat.