Don't know what and NFT is or think they are all scams - move along, there is nothing to see here my friends 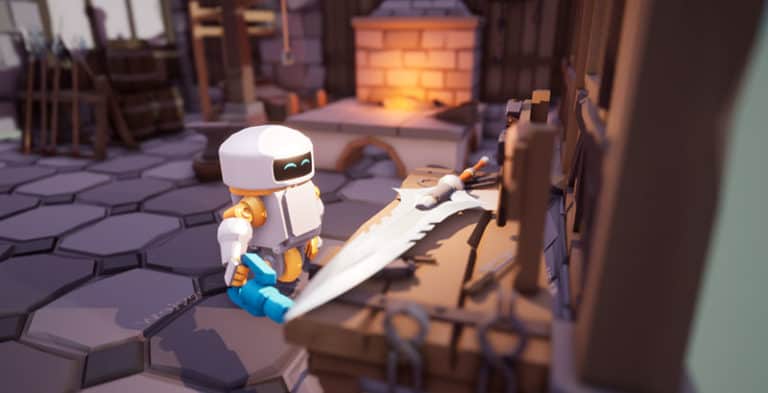 Table of Contents hide
What is Big Time?
How to join Big Time Beta – Early Access

UPDATE: 18th January – Passes are currently available on the Big time website for a limited time only

NFT’s have a bad wrap. The ‘traditional’ gaming world picks up its pitchforks and pickaxes (which they have probably bought from a popular cosmetic item store in the first place) at the mere mention of a publisher investigating an NFT model in a future game.

Ubisoft is one of the more recent publishers to feel the ire of daring to mention NFTs (non-fungible tokens) into a game world but it seems there have been others almost weekly recently – the publishers of STALKER 2 copping for it last week. And we are rapidly approaching the point where companies will be desperately trying to work out how to pitch the blockchain to gamers without a reaction – and be under no illusion – it is coming and we can’t stop – and, I’m not really sure we should – especially as we have created the monster in the first place by embracing cosmetic microtransaction in the way we have already.

Anyway, that is a digression for another time. You are here because you want to get in on Big Time – an unashamedly NFT gaming product that is generating a whole host of interest in the NFT world and beyond.

What is Big Time?

Big Time is basically a multi-player RPG where you can customize your character and trade NFTs with other players with items bought from the new Marketplace. Critics would say it was a place to swap expensive jpgs, but oh just get off that tired trope for a minute will ya!

The game is played across time and you each have your own Time Machine which you can customize and use to whip around the map.

It’s important to note that Big Time is free to play and also play to earn – you don’t actually need to trade in NFTs to have fun, but if you want to you can by using the Big Time Marketplace

Getting access to the Big Time Beta gives you beta access to the new marketplace in the game. To do this you have to be in one of the 80 countries where you can buy an Access Pass which are priced at:

Passes are released periodically to increase demand and also to limit numbers at this stage. You might find Access Passes are unavailable, depending on when you are reading his article.

You will also notice they aren’t cheap, but if you are into the whole NFT thing you will know what the earlier you get on board, the more potential money you can make down the line. Sounds dodgy? NFTs aren’t for you then.