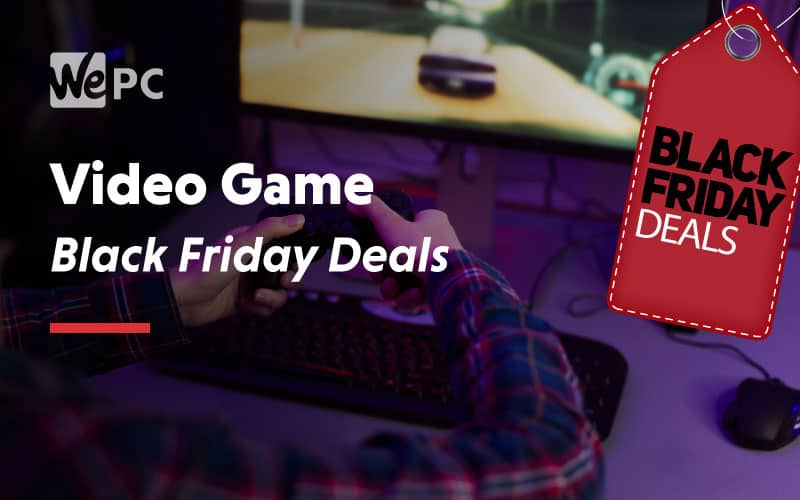 We're not far away from the biggest technology sales day of the year, and we've prepared the perfect gift for our gracious readers. A comprehensive guide to the best Black Friday Video Game Deals. It's OK, you're welcome.

This is going to be your one-stop-shop for all the best video game deals come November 29th. Whether you're looking for video game deals, accessory deals, or peripheral deals, this page will have it all!

We will be searching the web for only the best video game deals out there, and hopefully, there'll be some stonkers!

Let's get amongst it:

Many gamers out there will already be well adept at fishing out deals, especially if they use platforms such as Steam and Blizzard. However, for those that aren't so savvy, this page will be showcasing all the best video game deals Black Friday has to offer.

It's not just video games that have slashed prices on Black Friday though. We're going to be covering peripherals, accessories, and anything else relating to video games as well.

If last year is anything to go by, we expect to see some huge discounts come November 29th.

Stay tuned for all the latest, and best, deals that Black Friday has to offer.

Where to find the Best Black Friday Video Game Deals

Unfortunately, video game lovers are going to have to wait a further 10 weeks to get their hands on some of this year's top bargains. Don't worry though, we should have all the inside information on the best deals this year meaning you can sit back, and let the deals come to you!

As you can expect, plenty of PS4 games will be on offer come November 29th. For me, I'll be keeping my eyes peeled for deals on Borderlands 3, and Ghost's of Tsushima

Xbox users will be pleased to hear that plenty of games will be up for grabs this Black Friday. I'm particularly looking forward to Gears 5.

PC gamers might very see the most benefits from the huge Black Friday sales event. Sim's 4 Realm of Magic has just been released and if you're willing to wait, I'm sure a deal can be snapped up!

One of the fastest selling consoles in history, we know that there are lots of people looking for the best Nintendo Switch Video Game Deals - Look no further!

Other video game deals will include Nintendo Switch and VR games, respectively. Super Smash Bros. Ultimate is sure to reel in punters left, right, and centre. Especially if the price gets slashed.

As you most probably know, sniffing out the best Black Friday deals can be a real pain, especially when the clock is ticking and it's a first come first serve policy. You don't want to be left short of a fantastic deal because you were unable to find it quick enough.

We're going to be covering all the biggest website and video game retailers to make sure you guys don't miss out on a single deal.

Amazon, like many places, will showcase some of the best deals come this Black Friday. It is by far one of their biggest days and to make the most of it, they try to drive traffic by making some pretty tasty reductions. Many games saw a minimum of 20% off last year and we expect to see this same this November.

Best Buy is another fan favourite when it comes to Black Friday. Always make me laugh seeing those videos of crazed shoppers. Who'd wanna risk that?!

With that in mind, we'll be sure to have all the best deals from Best Buy right here. Meaning you don't have to roll them sleeves up.

Walmart is usually a treasure pot of deals on Black Friday, however, it isn't just in-store where you find great deals. This page will showcase what we believe are the best deals this November.

Platforms like Steam and Blizzard will be swimming with deals on and around the big day. For that reason, we will have our eyes peeled from the start of November to make sure not one deal is missed.

This page will continuously be updated to make sure all the best Black Friday video game deals are found. So make sure to keep checking this page for the latest and best deals available. Drop us a message in the comments section below letting us know exactly what you hope to see on offer this year!