Blood on the Clocktower Release Date

Are you good or are you evil? - Let's find out 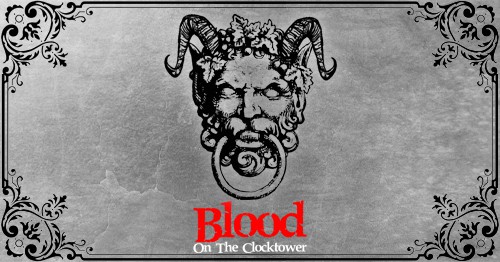 Blood on the Clocktower is the upcoming social deduction board game. It was a huge success on Kickstarter and has gathered over $570 000 from six and a half thousand backers. It was originally scheduled to release in 2020, later it was postponed to 2021 with the released date of November 30, 2021 but was further delayed now to Spring 2022.

What is Blood on the Clocktower?

The game is being created by The Pandemonium Institute. It relies on the social deduction mechanics. There are two teams, the good team (townsfolk) and the evil team (demon and its minions). There are also additional classes like outsiders or travelers.

The goal of the good team is to kill the demon. The evil team wins when there are only two players alive and one of them is the demon. Now there are a lot of little rules and modifications depending on the characters and demons currently in play.

It is very similar to Mafia or Ultimate Night Werewolf, but without the elimination mechanic and every character has a unique ability. Players can use their abilities either during the night or day phase, depending on the character they are playing.

Some characters are better kept alive, some would rather be executed so they can use their abilities then. It is very tense and fun at the same time.

Why Blood on the Clocktower Was Delayed?

The game was delayed mostly due to balancing improvements. After the feedback from the community, the creators decided to move the release further to ensure that the game’s balancing is fair. It is obvious that some characters will be more powerful than others, but with board games, there is no “patching”. You only get one release of the game, with possible future re-releases in a couple of years. It is very important to make sure the game is in the best state possible when released.

Blood on the Clocktower Online Emulator

There is an online emulator of the game available for everyone for free. You can host your own games for even 20 players and do it all remotely via Discord or some other communication application. It is awesome to see video game and board game world come together, and hopefully, we will only see more board games have their digital counterparts.