Bloons TD is back with Bloons TD Battle 2

Remember Bloons TD? Well it's back again with yet another instalment, welcome Bloons TD Battles 2! 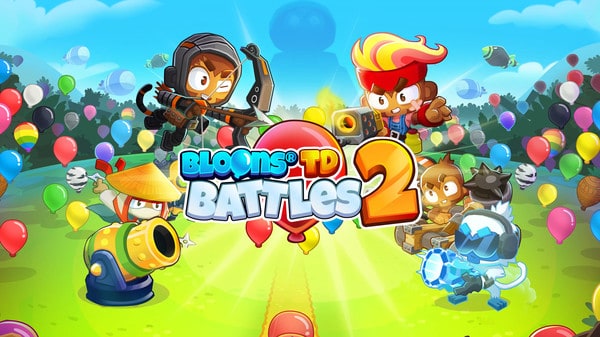 It’s 2008, you are in your religious education class and your teacher decides to put Prince of Egypt (a classic) on in the computer lap for the 4th time this term. You, a good student go onto freemathgames.com and begin to hunt for educational content, and then you see him. The Monke.

Some of y’all will remember Bloons Tower Defense from your days or youth. A game where you defended yourself against the treat of balloons. You would get to set your differently powered monkeys across the playing board, there they’d have to ensure each balloon was popped before reaching the end of the board. As the levels progressed, you’d see the true might of the balloons at play. And, unless you’d been strategic and clever enough, this swarm of inflatable plastic would be your downfall.

That’s a whole lot of Bloons in one paragraph, do forgive me! But you get the idea, the developers have been busy. And even though the first Bloons was one of those games you’d find on Miniclip and spend hours on, it was one of the few that actually grew up with its audiences. Moving away from Flash and into Mobile gaming.

And they’re not done yet either, after their last 2018 release, we’ve gotten a new installement in the Bloons franchise: Bloons TD Battles 2.

Well, if you’re eager to play it, then good news! It’s out now, you can download Bloons TD Battles 2 today on Steam, iOS and Android.

So what’s new in this one? Well you saw that the last Bloons TD Battles was released in 2012, so there’s been plenty of time for improvements. Well a lot of the Heroes will be the same, you’ll recognise a fair few of them.