Legend of Zelda: Breath of the Wild 2 Release Date, Rumors, and News 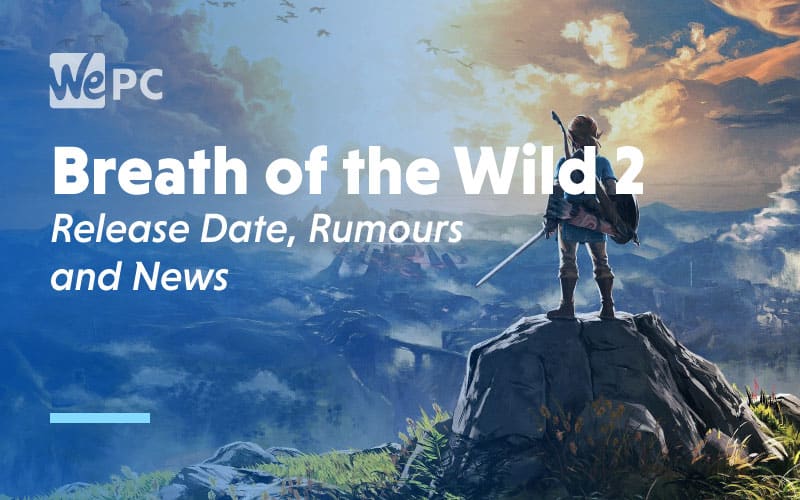 In what must be possibly the most anticipated game to ever release on the Switch, we were given some amazing news during Nintendo’s E3 2019 presentation telling us that there would be a follow up to the already legendary, Legend of Zelda Breath of the Wild.

The first game in the series landed with much critical acclaim, receiving one of IGN’s rare 10/10 reviews. The open-world design and painterly style had most players clocking up well over 500 hours to see it all. This title nearly made me single-handedly buy a Switch just to play it… with the sequel now being confirmed, I think I may have to shell out.

Breath of the Wild 2 Release Date

The trailer is a very big tease as far as trailers usually go. We only see a couple of seconds of screen time of our hero in a dimly lit cavern followed up with an epic landscape shot. The end of the trailer then tells us what we needed to hear: “The sequel to The Legend of Zelda: Breath of the Wild is now in development” And we couldn’t be more excited!

We have also been fed a little bit of potential information by director and producer Eiji Aonuma who has confirmed that this title will not be a sequel to past fan-favorite Majora’s Mask despite the darker tone we have seen in the trailer.

Aonuma stated: “The new Breath of the Wild or the sequel to it, it’s not necessarily going to be related to Majora’s mask or inspired by it… What we showed you currently is a little darker.”

When can we expect it?

It looks like we will have to wait until Nintendo’s presentation at next year’s E3 to get some more information, but for now, we’ll be keeping an eye out everywhere for any potential developments.

We expect to maybe see a release sometime next year but wouldn’t be surprised if this is pushed back a little bit later to give the team the time they need to make this a worthy successor.

It is also looking likely that with The Legend of Zelda: Link’s Awakening set to release on September 20th, (which you can Pre-Order here) that Nintendo might wait a little longer to release Breath of the Wild 2 to avoid burning fans out on Zelda… burn out from excitement maybe? But I know we would all rather see it sooner rather than later

It’s looking more than likely that Nintendo will stick closely to the formula of the original game. I mean, why change what isn’t broken right? We expect to spend the majority of our time exploring the vast vistas as well as engaging in some environment-based puzzles.

What do you think? Are you excited to see our favorite Hyrulean hero return? Is this game going to make a hole in your wallet if you decide to make the jump to the Nintendo Switch just to play it? Let us know your thoughts in the comments section below, and as usual, we will keep you updated on anything we hear.