They say loose lips sink ships, but perhaps that needs to be updated to “tortilla chips have loose lips, and sink ships”, because the delicious triangular snack has let the cat out of the bag early on what we can expect from this year’s Call of Duty release.

Imagine if the military leaders actually involved in the cold war had to deal with snack companies leaking their plans? What a nightmare that would have been.

Courtesy of a pack of Doritos spotted by modernwarzone.com, we can see that there is a cross-promotion in place for the new Call of Duty and Doritos chips, offering XP boosts for players who redeem codes given away with Doritos. We currently have no confirmation of the flavors included in this promotion, but we’re crossing our fingers for Chili Heatwave. 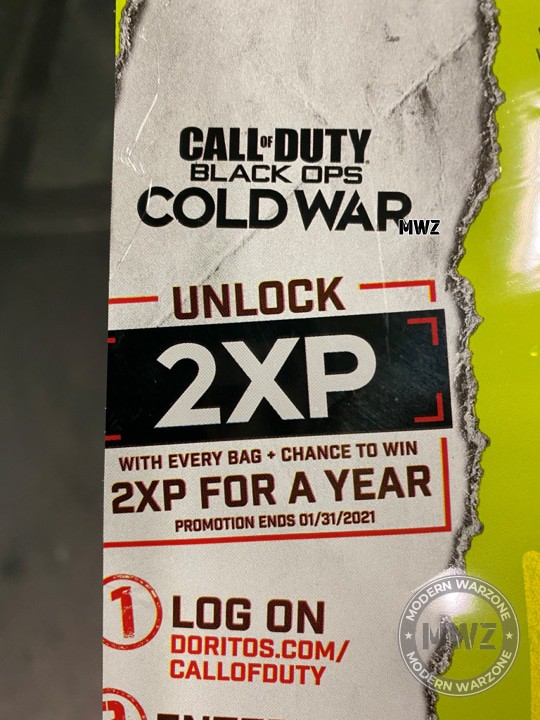 We had an inkling of what the new Call of Duty title would be prior to this accidental jumping of the gun, but this is the closest we’ve got to any kind of official announcement that the next Call of Duty released is going to be Call of Duty: Black Ops: Cold War. I guess they heard that we like subtitles, so they gave us a subtitle on top of their previous subtitle. By my count, this is the 17th mainline Call of Duty game, and the fifth Black Ops game. We don’t yet know whether it’s intended as a reboot, much like 2019’s Modern Warfare, or a direct continuation of the series. Some of the leaked level names give us a hint as to the time periods this game will occur in, but we’re going to have to continue to wait if we want to hear more.

We’re not sure when exactly Activision is going to officially reveal this game, with the E3 schedule being thrown out of wack this year, with new consoles on the horizon, and with other complicating factors in play, it’s anyone’s guess when we’ll hear more. If they’re already manufacturing promotional chip packets, there’s a strong indication that they have locked down the dates, and they can’t be too far off. Stick with us for the latest news on Call of Duty as it becomes available.