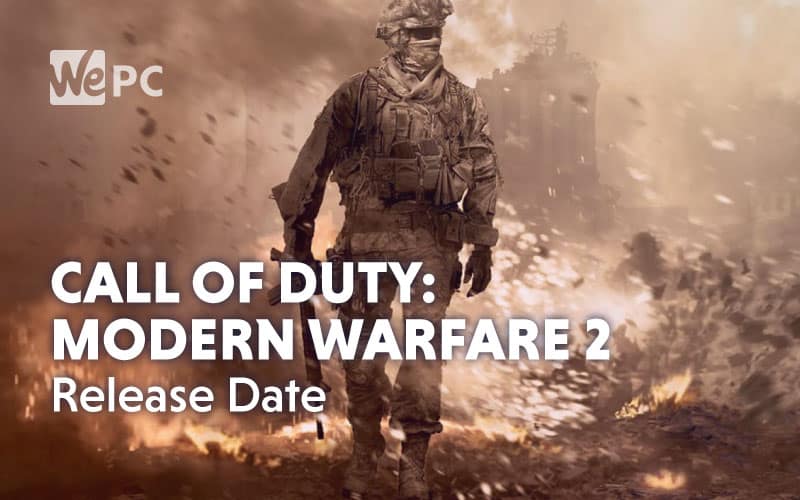 Unfortunately, there isn’t a firm release date for Call of Duty: Modern Warfare 2 Remastered as of yet and we haven’t even had an official announcement. However, there are a couple of really big signs that this title is on its way.

We know that recently Modern Warfare 2 received a rating of 18 back in February. While this remaster was originally rumored to be landing in 2018, the PEGI rating was for February 2019. Now that both of these dates have well and truly passed, it’s safe to say that the rating doesn’t equal a firm release date.

We have also seen a leak that appeared on a South Korean rating board that states “Call of Duty: Modern Warfare 2 Campaign Remastered” is due to be released soon.

Interestingly, these ratings were for the campaign only, with no mention of a multiplayer mode. While we think there’s no way we’d ever see a remastered release that omits arguably the greatest aspect of the game, we’re going to have to keep an eye out for more news on this.

An unconfirmed Tweet by Twitter user @Okami13_ has also stated that “Modern Warfare Remastered is releasing this year, with multiplayer” but we’ll have to wait and see how true this ends up being.

With leaks so far pointing at a remastered campaign and no mention of a multiplayer mode, it’s uncertain whether we’ll get both at all or even a staggered release. If/when we see a release of Call of Duty: Modern Warfare 2 Remastered, we expect it to follow the same suit as the first Modern Warfare remaster.

A massive overhaul of the graphics, rendering, lighting enhancements and animations that the first remaster received would most likely be the theme of this title. As well as this, we expect that if a multiplayer mode was included, we’ll hopefully see a couple of new maps or features from newer titles brought into Modern Warfare 2.

While nothing is confirmed yet, it would make sense to release a brand new remaster of a much-loved game, given how successful the first one was.

However, given that the headlines are all around the battle royale Call of Duty: Warzone right now, we imagine developers will hold off on a new remaster release for a little while at least.

We’ll be checking for updates on this new title and will let you know anything we know as soon as we can.