The new patch introduces a double XP event which will help you level up your gear in no time amidst all of the changes that have arrived for weapons and attachments. 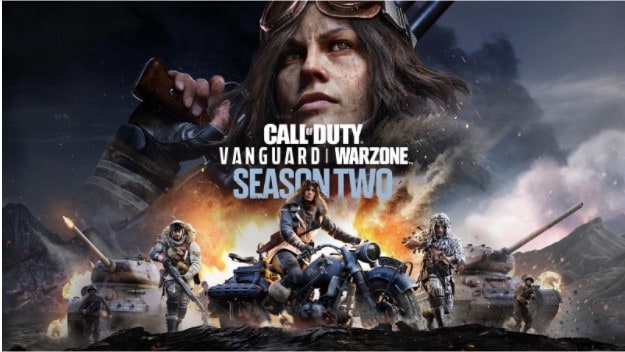 Sledgehammer Games wrote a heartfelt thank you message in the latest patch notes of Call of Duty: Vanguard. The devs thanked the player base for being patient and waiting for Season 2, which includes a number of fixes for core gameplay issues. The developers will continue working on fixes and deliver status reports to the player base addressing concerns of the community. The new patch also introduces a double XP event which will help you level up your gear in no time amidst all of the changes that have arrived for weapons and attachments.

What to Expect From Call of Duty Vanguard’s New Update?

During the new Max Double XP event, all Vanguard and Warzone players can pick up a brand-new Forbidden Sacrifice Bundle before it goes into the Store. This nine-item bundle includes a Legendary Operator Skin, two Legendary Weapon Blueprints, and a Battle Pass Tier Skip for free. In addition to this bundle, players will also get 10 free Battle Pass Tier Skips – 11 total across the bundle. To get these limited-time gifts, simply log into Vanguard or Warzone between 10 AM PT February 18 and 10 AM PT February 22.

With the new update, players will also get additional rewards such as Weapon Blueprints, Camos, Charms, a Master Skill Division Operator Skin, and more are coming later this season. To check out the full patch notes, click here.