We’re finally here at CES 2020 in Las Vegas and our first day has been jam-packed with keynote speeches and press conferences from some of tech’s biggest brands. We’re talking Intel, AMD, Sony, LG, and Qualcomm. From product reveals to big announcements, our team has been furiously typing, filming, and tweeting to keep you all up to date.

But, if you missed the live updates, here is our roundup of the highlights from CES 2020 Day One!

First up on Day One we had the LG Keynote. They kicked off the conference by talking about their plans for the future of AI technology, and their “Anywhere is Home” concept that brings multiple technologies together.

They went on to give us a fleeting glimpse at a new gaming phone with a detachable display before they whipped it away again. Don’t worry though, we’ll be chasing that down on the show floor tomorrow for a closer look.

They then went on to showcase their impressive range of TVs, as we expected from them here at CES 2020. From 88” Real 8K TVs to gaming-focused TVs with NVIDIA, there were some interesting product reveals to be had.

There was a real focus on both TVs for gaming, and TVs for cinema-level movie viewing this year, alongside some pretty sweet design elements.

Their TVs for gaming have been produced alongside NVIDIA and their G-Sync technology to produce an overall better gaming experience, despite the large size of the screens. And, they are currently the first and only brand to be approved by NVIDIA for their gaming quality.

Next up, we headed to the Qualcomm press conference. We were looking forward to seeing what advancements they had made with their 5G technology and Snapdragon - and we were not disappointed! We got a first look at the world’s first 5G laptop in conjunction with Lenovo.

The Lenovo Yoga 5G laptop is set to launch in Spring 2020 and will retail for $1499. Like previous Yoga models, it can be used as either a laptop or a tablet and is highly portable. If any laptop was tailor-made to be the first 5G model, it’s this one.

AMD was probably the one we were all most hyped to see at this year’s CES, and they did not disappoint! We got a whole raft of new product announcements including new CPUs, GPUs, and software. The 45-minute presentation was packed full of announcements and first looks, most of which are launching in either January or February this year - so not too long to wait for any of us.

We got AMD 3rd Gen 7nm Laptop CPUs, AMD RX 5600XT, AMD 4800H Gaming Laptop CPU, AMD SmartShift Technology, and AMD Threadripper 3990x reveals. There was also the chance to see them in action in soon to be released products, all of which were innovative and exciting.

There was a lot of talk about how the AMD products do and will outperform their Intel rivals as well, and it seems like they are really starting to widen that gap in performance even more.

Straight after AMD, we got to see what their biggest rivals were up to with the Intel Keynote for CES 2020. Unfortunately, it really wasn’t much. Just one look at Twitter and you can see the public’s reaction to their keynote.

They spent too much time looking back on 2019 and their achievements, and not enough time on upcoming releases. In fact, their keynote ran late by almost half an hour, and we were rushed through the announcements of their upcoming launches - most of which were actually glimpses at other brands using their products, rather than their own.

There was one incredible highlight though, and that was their speaker from Adobe (dubbed “Straightner Geralt” by @jessjgrey on Twitter - our new obsession). They came out and engaged the crowd and they demonstrated the things you could achieve on photoshop with Intel’s processors powering you.

Oh, Sony. They opened their keynote by teasing us with information about the upcoming PS5. We got to see the official logo for the next-gen (which is pretty much the PS4 logo but with a 5 in it), and told we would have to wait a few months more for any actual details. Damn you, Sony.

Although there weren’t many updates in terms of gaming and PC tech, we did get to see their brand new car. Yep, Sony is making a car. It actually looked pretty cool - especially the ultra-wide dashboard filled with entertainment interface options.

All in all, an interesting first day at CES 2020. We saw AMD truly rip into Intel throughout their keynote, some a big focus on 5G technology, and a huge increase in companies talking about self-driving cars. Tomorrow sees the opening of the show floor, so we’ll begin to get hands-on with some of the latest tech around. Make sure to stick with us throughout the week for all the latest updates. 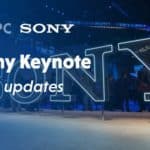 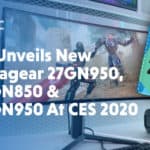 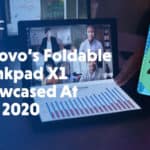 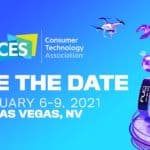