Console gaming is a great alternative to PC gaming, and right now is a great time to buy as there are tons of Christmas console deals happening right now!

With console gaming gaining popularity as time goes by, you won't want to miss out on an opportunity to step into the world of console gaming for a reduced price. Xbox, PlayStation, and Nintendo are already household names, and we can safely say that if you haven't already experienced some console-only titles, then you are truly missing out.

So, if you are already set with a great gaming PC setup and want to try out some console exclusives, or looking to buy an amazing console as a Christmas present, then read on for some amazing Xbox, Nintendo, and PlayStation discounts!

Games consoles might not be the cheapest gifts to buy for someone else, but we all know a kid or a loved one who is longing to get into gaming - and with Christmas around the corner, every deal helps.

That's why we have spent time compiling all the best Christmas console deals from across the web into this page, to make your Christmas shopping not only easier, but cheaper too.

Looking for a new console in the U.K.? Don't worry, there are plenty of console deals lower down the page just for you!

The best of the best when it comes to console deals this Christmas.

PS4 is a great platform to game on, so check out these savings on the console itself to experience some genre-defining single title games.

Xbox has been putting out some amazing games recently, so check out these deals on Microsoft's premier console, and don't forget to check out gamepass.

The Nintendo Switch has taken the world by storm, and their first-party games have been resounding successes - take advantage of these low prices to find out why.

There are plenty of console deals to choose from in the U.K - check them out below!

The most important thing to consider when you are looking at purchasing a game console is what you want from the experience. Looking for a more family-friendly, easy to access platform? Then the Nintendo Switch may be the console for you, with games like Mario Kart and Zelda being critically acclaimed favorites that have stood the test of time.

Looking for a console that you can connect easily with a PC? Look no further than the Xbox One. It comes in two varieties, with a higher spec model to be found in the Xbox One X for 4k and HDR-capable gaming. The Xbox One games library is now slowly being ported to the PC as well, so you can look into cross-play opportunities to maximize the worth of your games library.

Finally, there is the PS4. Like the Xbox One, it comes in two different models, with the Pro able to produce 4k HDR gameplay easily, with enhanced. Sony has been praised in recent years for its first-party games, each offering unique and compelling gameplay, storytelling and experiences.

All these consoles are great, but we recommend you purchase now to make sure you take advantage of one of the many Console Christmas deals!

Like we said, buy now to save money! Consoles are a really easy way to get into gaming and a great gift for someone who is looking to enter the gaming world - or is just interested in a new console!

If you are looking for more of a PC gaming focus gift, then check out our other Christmas deals pages, featuring savings on all kinds of PC and computer equipment, including laptops, monitors, prebuilt PCs, and more! 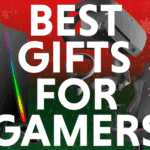 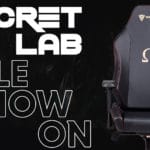 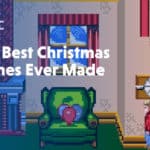 The Best Christmas Video Games Ever Made 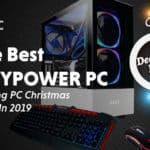