Component manufacturer Corsair has launched the first DDR4 4866 MHz RAM kit to be available to the general public, and it's available for purchase right now. Dubbed the Corsair Vengeance LPX DDR4 4866 MHz, this world-first packs 16 GB of memory comprised of 2 x 8 GB.

It doesn't come cheap, though. Corsair has slapped a wallet-bursting price tag of around $900 on the Vengeance LPX DDR4 4866 MHz. The price varies depending on the retailer, but don't expect anything less than $850. As a reference, even the best DDR4 4800 Mhz memory comes in at easily half the price. So much for what is a relatively small boost in frequency.

In the marketing blurb accompanying the Vengeance LPX DDR4 4866 MHz listing, Corsair says the kit is designed for high performance overclocking and includes an anodized aluminum heat spreader that keeps the eight-layer PCB nice and cool. Corsair is also throwing in a Vengeance Airflow fan that can be mounted on the top for extra cooling although it's not a prerequisite but is a must for anyone wanting to hit those breakneck frequencies.

Corsair says it imposes the strictest quality assurance test for the kit and checks each IC individually to ensure it can hit that coveted 4866 MHz. Tested latency comes in at 18-26-26-46.

As for compatibility, Corsair says it has tested the Vengeance LPX DDR4 4866 MHz on nearly all commercially available motherboards on the market, but tech specifications suggest it is optimized to run on the Asus X570 ROG Crosshair VIII Formula, MSI MEG X570 GODLIKE, and MSI X570 CREATION. This means its ideal for AMD Ryzen 3000 and X570 chipset-based machines.

Whether other boards or Intel CPUs can reach 4866 MHz without a good dose of tinkering remains to be seen. In other words, the benefits won't truly manifest themselves unless used in tandem with a top of the line rig and one of the motherboards mentioned above.

Still, it’s an impressive feat and one that should trigger a slew of copycat products from rival manufacturers eager to jump in early. Whether they can lower the price while still ensuring a quality product and rack in a profit will be interesting to watch. 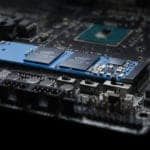 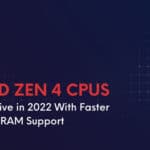 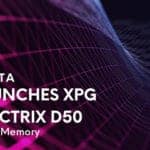