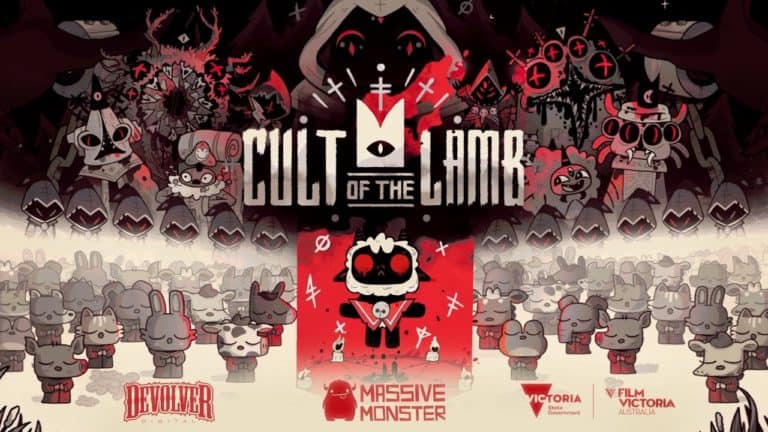 Cult Of The Lamb has had a brand new trailer shown off at Devolver Digital 2022. The trailer also comes with a release date for the game!

It also announced which platforms the game itself will be launching on.

Cult Of The Lamb Release Date

Devolver Digital showed off Cult Of The Lamb during their massive showcase, showing off the beautifully stylized game and officially announcing that a demo is currently available on Steam.

The game itself is releasing on August 11th, and you can wishlist it right now on Steam. The game itself is a really fun spin on the traditional roguelike gameplay, allowing you to pick up weapons, more powers and saving people from other bosses.

There’s also multiple different areas of the game, all of which increase in difficulty as you, the player, get better with time and effort, so you’ll never find yourself bored of the game or wasting time.

What is Cult Of The Lamb?

Cult Of The Lamb is both a roguelike and a builder, taking inspiration from games such as The Binding Of Isaac. It’s up to you as a lamb to travel around various locales, building up a place for your followers to stay and figuring out how to keep your small town happy.

You can download a demo right now on Steam! We’ll be getting more and more gameplay over the course of the next few months of course, but at least now we know when the game is releasing.

READ MORE: Cult Of The Lamb Preview- Game Of The Year Contender?

You’re also able to fight numerous bosses in the game, all of which will drop a hefty amount of supplies to keep you and your village going.

The trick here will be to figure out the best way to manage feeding your residents and keeping yourself as powerful as possible through prayer. Our preview above delves deeper into how exactly Cult Of The Lamb works and why exactly it’s one of our potential game of the year contenders already.