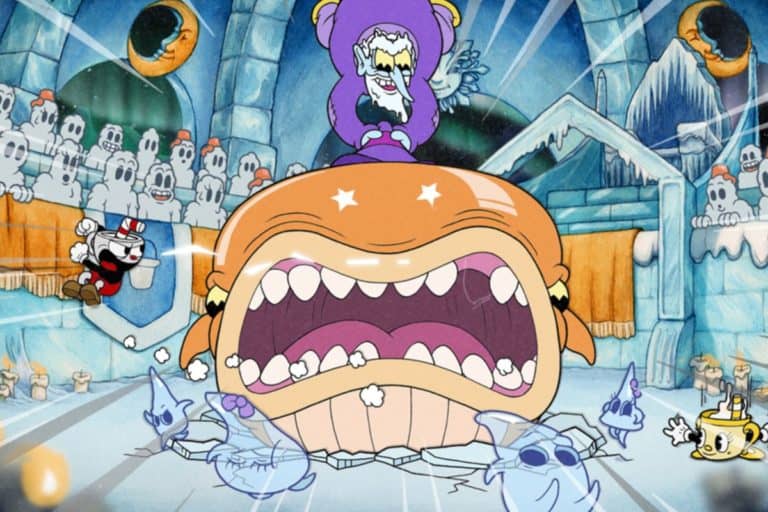 Table of Contents hide
What Is Cuphead: The Delicious Last Course?
When Did Cuphead Originally Release?
When Will The DLC Release & On What Platforms?

Cuphead is back! The DLC for Cuphead, Cuphead: The Delicious Last Course was first announced at E3 2018 to be released in 2019. It was then delayed from 2019 to 2020, followed by a delay in late 2020 to 2021, followed by another delay in 2021 due to the COVID-19 Pandemic. It’s finally due out this month, and we’re here to tell you all we know about Cuphead: The Delicious Last Course.

What Is Cuphead: The Delicious Last Course?

Cuphead: The Delicious Last Course centres around Cuphead and Mugman once again, who are joined by the brand new Ms. Chalice. In the DLC you’ll be given access to brand new weapons, new magical charms and more in order to take on a whole array of new bosses. Once you have the DLC and unlock the new character, Ms. Chalice, you’ll be able to take her and her new abilities for use throughout the entirety of the original game in addition to the DLC. As the Steam page so aptly puts it:

“Another helping of classic Cuphead action awaits you in Cuphead- The Delicious Last Course! Brothers Cuphead and Mugman are Joined by the clever, adventurous Ms. Chalice for a rollicking adventure on a previously undiscovered Inkwell Isle!”

When Did Cuphead Originally Release?

The original Cuphead released back in 2017 and takes visual inspiration from the golden age of American Animation. It’s an incredibly hard platformer and run & gun game that doesn’t take any prisoners, yet was incredibly successful due to the fact it was not only incredibly satisfying, but allowed you to play the whole experience with a friend. The game sold two million copies in two weeks, six million in two years, won three game awards, three D.I.C.E awards and a British Academy Games Award, so it’s not exactly a shock that fans are excited for the DLC to release. In the time between the original game releasing and the DLC releasing fans have even had a Netflix show based on the game to sink their teeth into, with the second season of that releasing this year. It’s unclear whether the developers have any plans for the character beyond this DLC though, so this might be the last chance for fans to experience truly new content for the game.

When Will The DLC Release & On What Platforms?

So as previously mentioned, Cuphead: The Delicious Last Course has gone through four different release dates. The final release date for the DLC is June 30th, 2022, meaning that we’re getting increasingly close to the release of this final chapter for Cuphead. The game has gone gold, meaning that it’s finally ready for release, and will release across Nintendo Switch, Xbox One, PlayStation 4, Xbox Series X, Xbox Series S, PlayStation 5 and PC. Together fans can yell in unison as they’re stomped repeatedly by beautifully animated yet impossibly hard bosses, and breathe a collective sigh of relief as they finally get past that one boss that took them hours to take down.

UPDATE: Cuphead- The Delicious Last Course is out now on Nintendo Switch, Xbox Series X, Xbox Series S, Xbox One, PlayStation 4, PlayStation 5 and PC Via Steam. Our review from the wonderful Maya Hutchinson had the following to say about the game:

“As per Cuphead notoriety, The Last Course remains a highly challenging game that really tests your patience and skill. And whilst it sometimes feels like a chore to get through, the game is inarguably a true work of art.”

You can also browse our site for a whole range of guides to help you if you get stuck in the game too, so why not get the game right now?