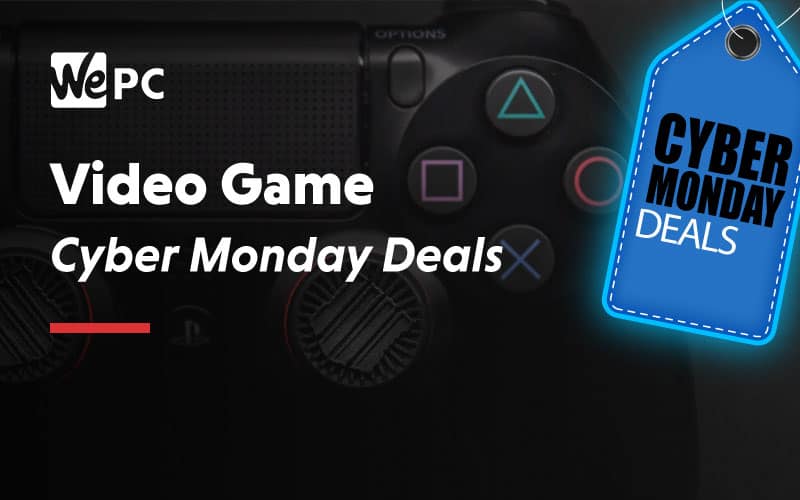 Forget smashing through busy shoppers to try and bag yourself the latest copy of Gears 5, don't even consider tackling Best Buy queues for a chance of claiming Nintendo's Pokemon Sword and Shield, we have all the best deals right here and you don't have to leave the armchair.

Everyone's heard of Black Friday, it's the day where everyone goes mental in their local store trying to snag themselves a top-tier bargain. Well, Cyber Monday is basically the same, only its not Friday, it's Monday.

It was first brought to fruition back before Black Friday went all digital and online. It was a place where online buyers could grab a Black Friday-esque bargain without having to leave the comfort of their home. And it hasn't changed since.

During the weeks leading up to the Black Friday week, this section will be where bargain-hunters will find our best Cyber Monday deals from all the leading video game retailers. Whether it's Amazon, Best Buy, Steam, Blizzard, or Walmart, this is the section that will showcase the best of the best come November 29th.

We all know that this time of year, Steam is going to have some amazing sales on - check out our full page on that right here!

Where to Find The Best Cyber Monday Deals

We're currently 10 weeks away from the biggest technology sales day of the year, and for hardcore Black Friday shoppers, the time for planning starts, well, pretty much now. Deciding which places you're going to use for great Cyber Monday deals is something you want to figure out well before the event.

Below are some of the retailers that we will be covering for this Cyber Monday:

Amazon is undoubtedly one of the best places to start when it comes to searching out the best Cyber Monday deals. It always has a tonne of offers in place and huge savings can be made if you're quick enough.

Walmart was famous for its in-store deals, however, we've seen them join the online party over the last couple of years and will be offering great video game deals no less.

Best Buy is very similar to Walmart, they host an array of video game deals and accessory deals come Cyber Monday. Luckily for you, we will have all the best deals available.

Steam is one of the biggest gaming platforms there is, naturally, they will have one of the biggest sales in this list. We're going to showcase what we think of the best deals on the day so you don't have to scour their extensive library.

Blizzard is very similar to Steam. We will have compiled all their best deals come Cyber Monday for your peace of mind.

Whilst we're still 10 weeks away from Cyber Monday, we thought it would be a good idea to revisit last year's best deals to give us an idea of what to expect from this year's Cyber Monday. Below are some deals to get your bargain craving juices flowing:

These are just a few of the video game offers that we saw last year. We hope to see similar levels and discount percentages this year.

Right now, we're a little bit premature when it comes to actual Cyber Monday video game deals for this year. However, as soon as the deals do start hitting the theoretical shelves, this is the place where the best ones can be found.

We will split the video game deals day into categories so you can easily find what you're looking for. Below are some of the categories:

If last year is anything to go off, PS4 users will enjoy a sea of video game deals come Cyber Monday. Fear not though, we will have all the best ones right here for your viewing pleasure.

XBOX games will be similarly pleased with the amount of video game deals that will be on offer. Last year saw a tonne of game deals for XBOX users and we see no reason why this year won't be exactly the same. Bring it on!

PC gamers undoubtedly enjoy the lions share of video game deal offers because there are simply so many PC games out there. Luckily for you, we will make sure we showcase only the best deals Cyber Monday has to offer.

Think Nintendo Switch and VR games for this section. With both growing in popularity, this year could be the year you decide to dip your toe in the water and try this new technology. If it is, then your luck is in! All the best deals can be found right here!

There you have it, our one-stop-shop for all your Cyber Monday video game needs.

We created this page to make finding the best deals as stress-free as possible and hopefully, we've achieved that goal.

Let us know what Cyber Monday Video Game Deals you're hoping to see this year by leaving us a comment in the section below!