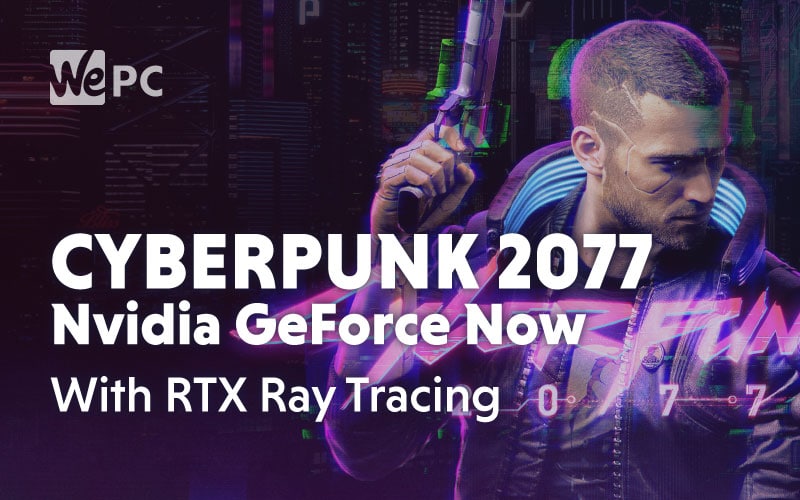 If you are as excited to play Cyberpunk 2077 as pretty much everyone else in the gaming world is, you’ll be glad to know it will be available via Nvidia’s streaming service – with the option to run ray tracing.

Nvidia’s GeForce Now is a game streaming service that allows you to stream games you already own to multiple devices. If your computer isn’t as high performing as you’d like, Nvidia offers a great alternative. Using GeForce Now’s streaming service will allow you to run a title with ease and even enable ray tracing if available.

This goes for Cyberpunk 2077 too which will be available to stream on the launch day of the game. From what we’ve seen so far of the game, you will really want to make sure your PC can run this title on high graphical settings. Ray tracing is a perfect way to experience this title and thanks to GeForce Now, this technology is now more accessible.

Nvidia GeForce Now has had a rocky start

While it was recently announced that GeForce Now has surpassed one million subscribers and 1,500 games will be available on the cloud platform, it’s still been a tough beginning for the service.

Nvidia’s GeForce Now has not long since left beta mode and things have been anything but plain sailing since then. A number of game publishers have removed their games from the service including Activision Blizzard, Bethesda, and 2K Games.

However, the announcement of Cyberpunk 2077 coming to GeForce Now has been a bit of a lifeline for Nvidia’s streaming service with many players likely to jump onto the service to experience the game in all its glory.

Cyberpunk 2077 will be available on GeForce Now on release day. So, eager gamers can grab a copy and head straight over to GeForce Now to stream it on whatever device they want.

It’s interesting to note that Cyberpunk 2077 will also be making its way over to Google Stadia, a rival game streaming service. However, we don’t yet know when this game will be available on that platform.