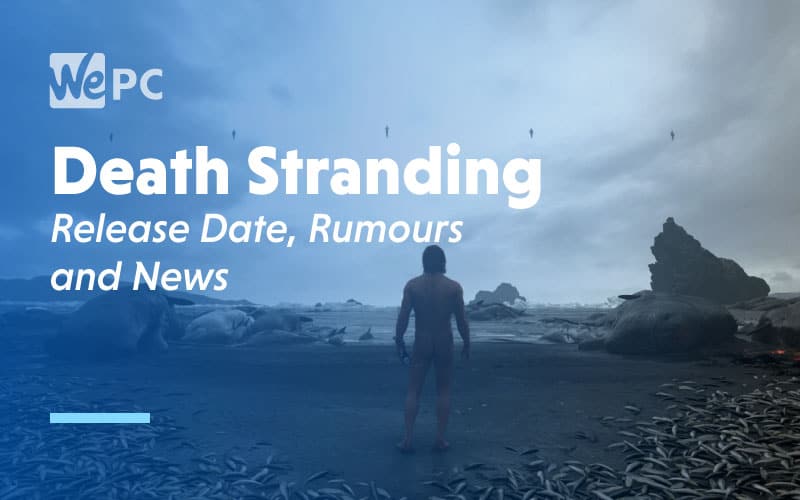 One of the biggest releases coming to the Playstation this year, and one of the strangest. We might have a confirmed Death Stranding release date, but as far as what the game is about? Your guess is as good as ours.

There’s action sequences, undead armies, motorcycle rides, and babies in jars. But, as weird as it all sounds, we’re still excited to see what this first game from Kojima studios looks like.

For a change, the release date is the one thing we are sure of for this game. Death Stranding has been confirmed to come out on November 8th, 2019. This means we’ll be getting it on PS4, but will they release an update when the PS5 comes out? It seems possible, with it coming out a year before the next-gen console release. But, with this, only time will tell.

There’s also a collectors edition for the true fans out there which comes complete with your very own BB Pod. Yes, that’s the jar with a baby in it that features so prominently in the game trailers we’ve seen. If you’re after your own baby pod, this collector’s edition will set you back a grand total of $200.

You might be thinking that we must not have had many trailers to leave us so confused around storyline and gameplay. Well, you’d be wrong. Despite the large amount of footage released, many are still a little hazy on what to expect from the game. But, let’s break down what we do know.

The first trailer we received was the game announcement trailer that was designed to shed some light onto the story and give us our first glimpse into the world of Death Stranding. We start off seeing through the eyes of the ever-present baby in a pod as a creepy man sings to us. Then, we follow the star of the game, Norman Reedus, as he rides his motorcycle through a field before quickly turning back thanks to some kind of deadly rainstorm.

What we can glean is that this is an action game with an intricate storyline set in a dystopian version of America. There appears to be some form of military organization hunting you down and a lot of thick black oil to content with. Even though the storyline remains a mystery, the game itself looks visually stunning and definitely interesting.

Another 4K trailer gave us longer looks at Guillermo del Torro and Mads Mikkelsen’s characters with a strangely disturbing five-minute sequence. After a beach littered with dead crabs, we see a tank covered in tentacles with an army marching behind it. As del Torro’s character clutches that damn baby in a pod and heads into a dark tunnel, we see Mikkelsen’s character emerge with a team of soldiers connected to him with cables. Frankly, it raised way more questions than it answered, but we love it.

None of the trailers we’ve seen so far have included many gameplay aspects for us to dissect. We see a few short clips of the main character exploring the world, creating a ladder to climb up a cliff face, and sneaking past the bad guys.

We also get a quick look at some combat elements as he fights off the enemies he failed to hide from. The fighting we do see utilizes hand to hand combat as well as improvised weapons – although the enemy has some form of electric spears. There is an element of slow motion to help you get in those critical finishing blows, and it looks awesome. Aside from this, we haven’t seen much gameplay with the trailers favoring story content instead.

This also tells us that the game will probably be placing a big focus on the storyline, rather than action sequences. The fact that they’ve managed to show so much content already and we’re still not sure on the main plot means you’re probably going to have to be paying close attention when you are playing.

It may be weird, but who doesn’t love a bit of weird? We’ve not got too long to wait until we finally find out what it’s all about, and you have to admit – the confusion makes it even more appealing. Will you be buying it? Will you get your hands on your very own baby pod? Let us know in the comments below!