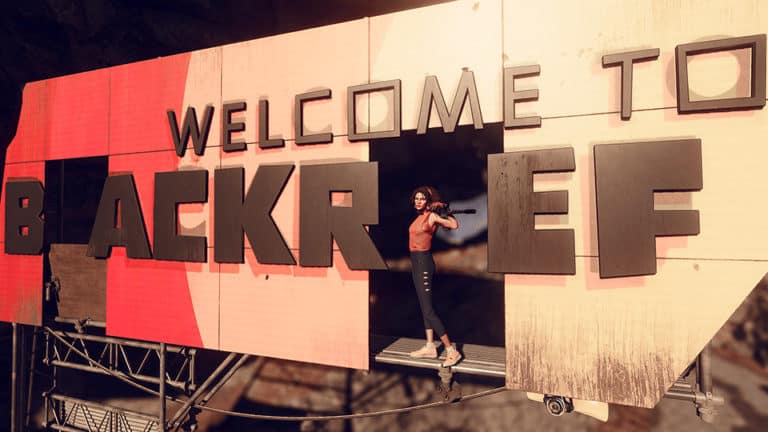 After staying relatively quiet for the better part of six months, Deathloop is back with a shiny new patch, sprucing up Arkane’s time-looping immersive sim with a host of accessibility features and a new photo mode. Deathloop Game Update 3 is now available for PC and PlayStation 5.

Given Deathloop’s sharp, gorgeous world, it’s a surprise it’s taken Arkane eight months to implement, but photo mode is finally here. It’s the usual mix of filters, angles, stickers, character poses, POVs, and blurs to capture your best moments on Blackreef. You can also jump between Colt and Julianna, assorting them with various outfits and weapons as you see fit.

Photo mode is only available in single-player to avoid distracting you during a bout of multiplayer and possibly costing you a swift takedown. You’ll find it in the Pause Menu or by tapping the freshly-minted shortcut (P on PC, double-tap Create on PS5). Check out the nifty new photo mode trailer for a visual sense of what’s in store.

Deathloop Game Update 3 also brings over 30 accessibility improvements and options to the game, including a brand new, dedicated Accessibility section in the options menu.

These cover many aspects of the Deathloop experience, including game speed, combat difficulty, and the number of reprises. There’s also an aim assist lock, a one-shot kills mode, and a tag multiple enemies feature that tags all enemies in a defined radius around the player.

Elsewhere, navigating Deathloop’s menus should now be a lot smoother. You can now move between them using directional buttons rather than lumbering away with the thumb-stick mouse-style. The patch also features new HUD options, including customizations for the size, opacity, and color of various text and graphical elements.

Alongside Deathloop’s third major patch is a special treat for PlayStation 5 players. Free avatars of the game’s cast, including Colt, Julianna, and the Visionaries, are up for grabs. Head to the official Deathloop website here for all the details on redemption codes and whatnot.