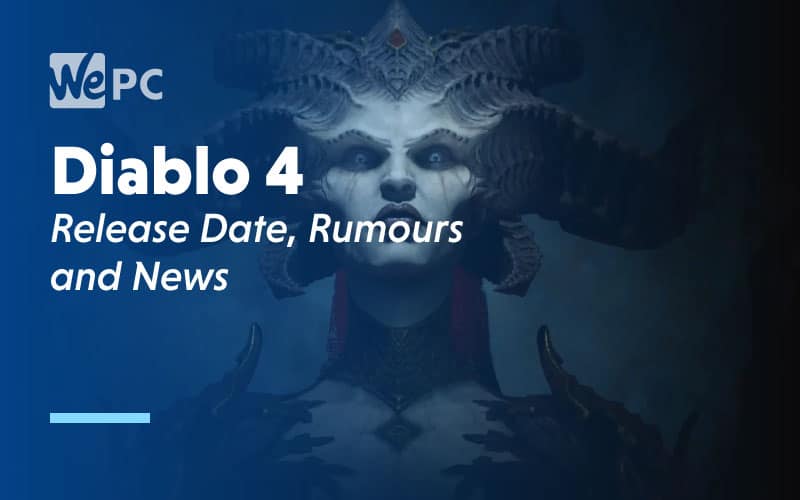 One of the announcements we’ve all been waiting for finally arrived during Blizzcon last weekend – Diablo 4 was officially announced. Previously, all we had to go off were rumors and fan-dreams. Last year’s announcement revealing a mobile Diablo title massively disappointed the loyal fanbase. This year, it looks like no expense was spared in the spectacular announcement cinematic that was unveiled.

Now that we know Diablo 4 is coming, the next question is when. There wasn’t an official release date revealed during Blizzcon, the closest we got was “not coming out soon – not even Blizzard soon.”

While, like the rest of the gaming world, we’re hoping for a 2020 release, we might not be so lucky. Diablo 3 was announced in June 2008 and we didn’t see an official release until May 2012, if this was “Blizzard soon” we might be in for the long haul waiting for Diablo 4.

Blizzard shared job postings in June 2018, looking for dungeon creators, which is a really good sign. What it does mean though, is that work has only just begun and we’re unlikely to see a finished product anytime soon.

This epic nine-minute cinematic shows a group of adventurers venturing deep into a dark and creepy temple. Shortly after entering, they find that the first door they need to pass through requires a blood sacrifice. Things get even worse for the band of adventurers as one by one they are picked off, culminating in a summoning of Mephisto’s daughter, Lilith.

The short gameplay cinematic shows something fans of the Diablo series have been longing for since the release of Diablo 3 – a dark and gritty tone. Similar in the style of Diablo 2 and Path of Exile, it appears that Diablo 4 returned to their roots with dark, somber dungeons for players to crawl through.

The druid makes a welcome return from Diablo 2 with abilities such as being able to transform into a werewolf as he attacks, as well as making use of the elements by electrifying his weapon to attack.

The Barbarian also makes a return for players who love to play with unparalleled strength and might. This class won’t simply be a clone from the previous game, the barbarian will come with a completely reworked skill-set. Wielding up to four weapons, the barbarian can switch between these almost instantly when attacking enemies.

The Sorceress is also available, acting similarly to the Wizard in Diablo 3 – a mage-like character who uses bolts of lightning and spikes of ice to dispatch foes. Dealing with enemies from afar using various destructive spells, the Sorceress can also use defensive spells such as elemental shields to aid survival.

Diablo 4 will also be a shared world for players. You’ll be able to run into other players and team up with if you wish, or even fight against them. Other than that, there isn’t a lot of information on how the online aspect will work just yet. It’s almost certain that you’ll have to be online to play though, but whether you can have your own private game is another question.

It also looks like Diablo 3’s ‘transmog’ system, one that allowed players to easily change the looks of their character, might either be replaced or run alongside “cosmetic microtransactions”. We’ll need more information on this before we can really judge if it’ll affect gameplay or not, but we hope it will stick to cosmetics only.

The most exciting and detailed rumors come in the form of the two versions of Diablo 4 that are believed to be or have been, in development. The first of these is Diablo 4 Hades. This was modeled after Dark Souls and worked as an over the shoulder classic dungeon crawl game. It would have been an interesting direction for the franchise to go in, but ultimately reports say the game just wasn’t working. Production on Hades was shelved, but we did get Rise of the Necromancer DLC out of it.

The second project is Diablo 4 Fenris. This production is reportedly ongoing and is more of the traditional isometric game design we’re used to with Diablo games. It would take us back to a grittier and darker world without the gaudy colors of Diablo 3. And, while it wouldn’t be an MMO, it would have social areas where players could meet up before playing. If this is all true, it means an exciting game is on the horizon for fans of the earlier, darker Diablo games.

As exciting as the Diablo 4 announcement is, we could likely be a long way away from seeing a release. Saying this, most of the things we have seen so far could either change completely or be refined further.

We hope to see Diablo return to its gritty roots, so far it looks really promising but still very similar to Diablo 3 in a lot of ways. With the new level design features looking like they’ll allow for more terrain transversal, this should hopefully spice things up a bit.

We’ll keep you updated with any further news we hear about Diablo 4. In the meantime, let us know what you think of the announcement! Are you excited for new features? Does the online multiplayer turn you off? Let us know in the comments section below.