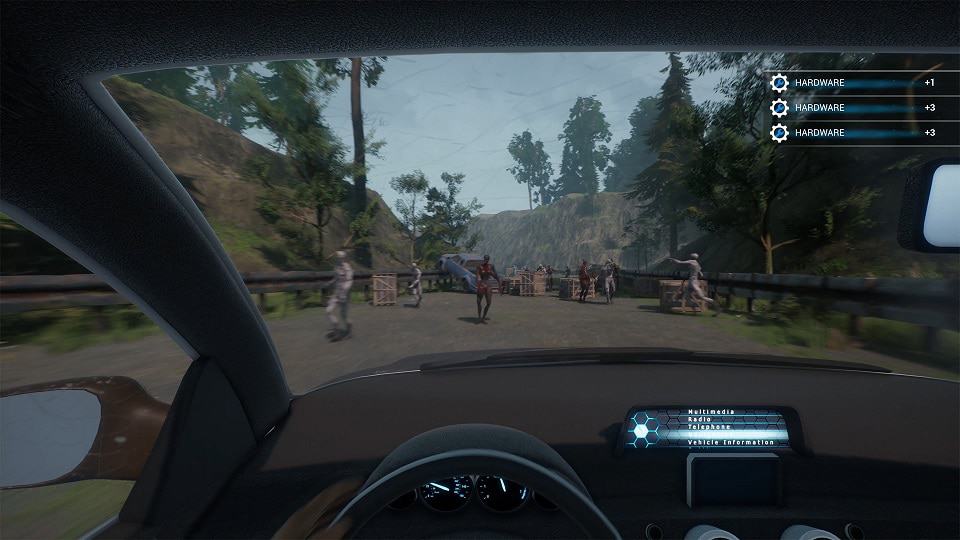 Sometimes brilliant game design can come from an original idea, a concept that has not been envisaged before. Sometimes it can come from mastery of a craft, tackling the same challenges that other games have explored before, but pushing the ideas further than anyone else has before.

But sometimes, you can just take two fun ideas and jam them together, to see if it’s fun. That’s the approach that Montreal based Blue Moose Games have taken with Road Z: The Last Ride. As the “Z” in the title suggests, it’s a game about zombies The “Road” and “Last Ride” parts refer to driving a car. Because Road Z: The Last Ride is a Zombie Road Trip game.

You’ve been tasked with transporting a vaccine for the zombie infection all the way to Washington State, for reasons that aren’t yet clear. The biggest problem? The road is full of zombies. Zombies that aren’t even wearing face masks. You can drive straight into them, you can shoot them with a machine gun mounted on your hood, and even jump out of your car to get up close and personal with the shambling undead.

There are some huge jumps, explosive red barrels were strewn about, and locations you can stop off at and scavenge for supplies. You’ll need to protect not just your own life, but that of your car, as you maintain it’s condition and fit it with various different upgrades.

It doesn’t look like the most highly polished game, and it’s clearly somewhat derivative of several existing ideas, but we think it looks like some solid dumb fun, and it doesn’t seem to be taking itself too seriously.

Road Z: The Last Drive is due out on Steam on the 21st of August.