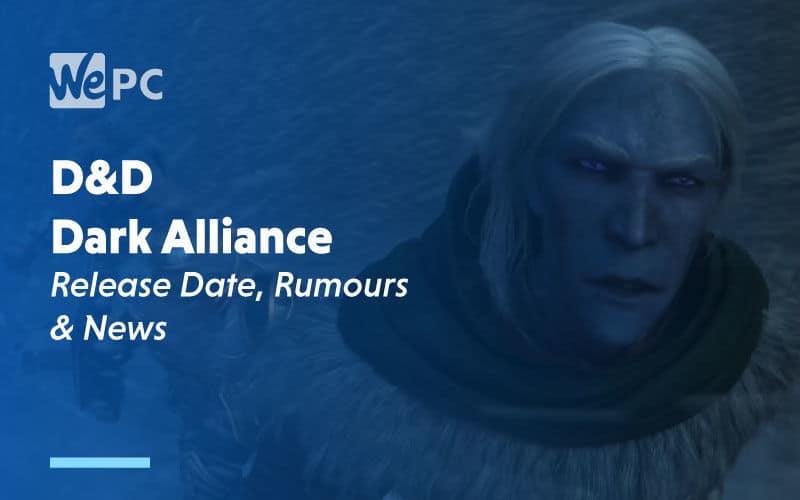 We didn’t have to wait too long for an official confirmation, which came during The Game Awards 2019 alongside a release window of fall 2020. The game will launch on PC and console, although the announcement stopped short of specifying which ones and whether the game would feature on next-generation consoles from Microsoft and Sony.

An official trailer for Dungeons & Dragons: Dark Alliance was released during The Game Awards 2019. While cinematic trailers based on fantasy settings tend to blend into one another, this one stood out for its rather novel approach.

We are dropped in the midst of battle on a snowy plane. We watch a handful of characters, including a dark elf, dwarf, barbarian, and archer fight off a horde of what appears to be toothy orcs. The point of view focuses on each character’s face as if they are wearing a helmet with a camera mounted on an arm that curls round to capture their every expression. It’s intimate and portrays the frenetic brutality of combat.

The group charges ever forward disposing of enemies before they come face to face with a band of towering giants. The trailer ends with a brief look at a wholly more clement and leafy realm where a dragon swoops in before disappearing into the distance.

The whole thing is backed by the chugging guitars and guttural wailings of a decidedly metal music bed suited to the high fantasy themes on show.

Details about Dungeons & Dragons: Dark Alliance’s gameplay are scarce, but it’s possible to piece together a picture of what to expect.

Tuque has confirmed the game will be a spiritual successor to the original Dark Alliance duo of games rather than a direct continuation. In that spirit, the gameplay will shift from a top-down view to third-person. Much like the originals, co-op will form a central feature of the game with the ability to join forces with up to three other people through either online or local play as well as split-screen.

The game is set in Dungeons & Dragons staple Icewind Dale, which as the name suggests, and as we saw in the trailer, hints at a harsh, expansive icy tundra. There are four playable characters, pulled straight from RA Salvatore’s The Legend of Drizzt stories, which are Drizzt Do’Urden, Cattie-Brie, Bruenor, and Wulfgar. In single-player, players can swap between all four characters at will, while in multiplayer, each player is assigned one.

As for combat is will firmly sit in the real-time hack and slash action tradition with RPG elements thrown in with the ability to customize characters, amass better equipment, and weapons.

E3 2020 seems like a good bet for more news, a new trailer, and deep dive into what the core gameplay loop of Dungeons & Dragons: Dark Alliance will look like in the flesh.

Close to twenty-years on from the release of the original Dark Alliance, the action RPG hack and slasher may have slipped from memory, or not even appeared on the radar of most younger gamers. Dungeons & Dragons: Dark Alliance proposes to drop us back into that high fantasy world but with the technological improvements of the better part of two decades thrown in. A promising mix if you ask us.