Elden Ring Director says George R.R Martin will be ‘shocked’ by the game 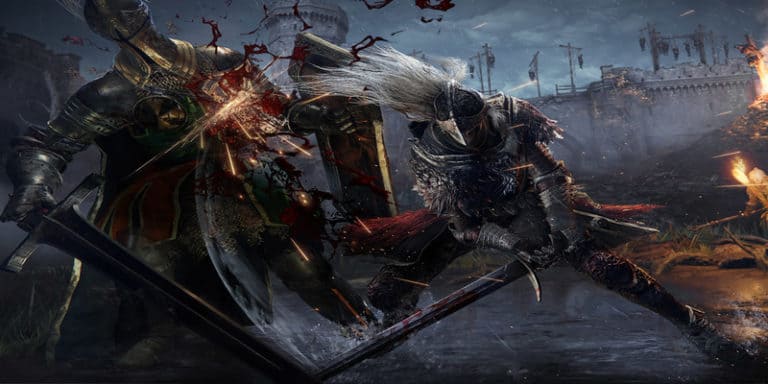 It has long been known that A Song of Ice and Fire author George R.R Martin has contributed lore and worldbuilding to the development of From Software’s Elden Ring. It is one of the reasons for the game’s feverishly anticipated nature. But now, thanks to comments by Studio Head Hidetaka Miyazaki, the nature of those contributions is clearer than ever before. With George’s part of the process complete, Miyazaki says the writer may be “shocked” by what has happened to the characters that he wrote.

A Song of Swords and Souls

It was initially unclear just how much Martin had contributed to the world of Elden Ring. Was his work a dev bible of sorts? A skeleton for FromSoft to flesh out? Or a more detailed collaboration, with Martin’s hand equally at the helm along with Miyazaki’s?

On his personal blog, Martin has talked a little about how he was contacted by From Software for Elden Ring in the first place, as well as what his contributions to the game were: “What they wanted from me was just a bit of worldbuilding: a deep, dark, resonant world to serve as a foundation for the game they planned to create.   And as it happens, I love creating worlds and writing imaginary history.”

So, while not quite involved in the game from day-to-day, Martin’s contributions to the Elden Ring are still considerable. FromSoft’s impressive worldbuilding is one of its strongest suits, and it shows a great deal of faith in Martin’s writing for them to build a game entirely around someone else’s input.

The Elden Ring is Shattered

Miyazaki had previously stated that Martin had written “the founding mythos” of the game, and these remarks have recently been elaborated on. Martin dreamed up the setting of the game and the characters that serve as its foundation. Those that existed before the “shattering” of the Elden Ring. It seems likely that these are analogous to Dark Souls’ Lords. Characters integral to the game’s backstory that later put in appearances as bosses, usually in some withered or corrupted form.

Given that Martin’s fantasy novels often contend with the ruin and deterioration of nobility, and real-world consequences coming to impact fantastical lands, he may well be overjoyed with the nightmares that From Software have shaped his ideas into.