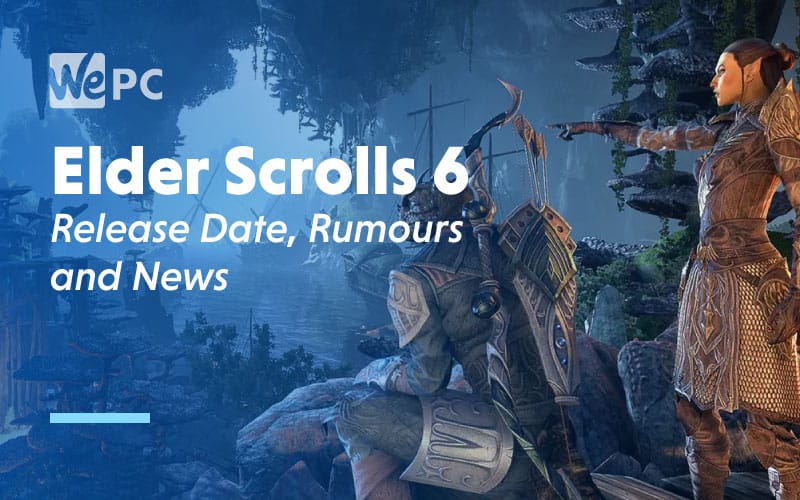 If you’re waiting for the release of Elder Scrolls 6, I hate to break it to you, but you’re going to be waiting a while longer yet. Despite announcing that the game would, in fact, be made a reality at some point, they still haven’t furnished us with a release date, and the timeframe keeps growing longer and longer.

But, there are more than enough rumors going around to keep us going until then. Rumors that delve into the setting, storyline, and possible next-gen console release. So, let’s dive into what we know so far about the Elder Scrolls 6 release date.

When it comes to an Elder Scrolls 6 release date, we’re just as in the dark as we always have been. Bethesda has been very tight-lipped around this game. All we really know for sure is that it won’t be around for a while. The sci-fi game Starfield will be released before ES6 will be, which means we will be waiting until probably late next year.

While this wait is frustrating, it also means that we’re almost definitely going to get this game on next-gen consoles like the Playstation 5 and Xbox Project Scarlet. This has been echoed by the others in the industry with Matt Frior from ZeniMax Studios Online agreeing that we’re likely to be on new consoles when the game is finally released.

It does appear that work may have begun on the game though, as Bethesda posted a number of new job roles online for a range of roles based in some of their US offices. Since their other games have been in production for a while now, we can only hope that this their way of stocking up on talent as they start the journey to Elder Scrolls 6.

With very little to go on, a lot of what we suspect about ES6 is based on some logical thinking and guesswork. So far, all we’ve been given is on short, albeit stunning, announcement trailer back at E3 2018.

We did get a sneak peek at some of the development work for the game in Bethesda’s 25 year anniversary video though. We see them working on some of the assets for the game, using special scanning technology to allow the most realistic renders possible (including Skyrim Grandma!). You can watch the full video below.

Apart from this, we really have nothing more to go on. But, dedicated fans have spent the time to do some digging and expose a LOT of rumors and speculation around the new game.

Let’s take a look at some of the biggest rumors floating around about Elder Scrolls 6 and how true we think they are.

Giving the internet a glimpse of anything is, of course, going to lead to those people with too much time on their hands to delve as deep as humanly possible. That’s exactly what happened with the announcement trailer. One Reddit user spent hours comparing the footage to maps, screenshots, descriptions, and anything else they could find, to try and pinpoint the location of ES6.

Their conclusion? High Rock. This does actually make sense as well. The coastline they featured could well be Iliac Bay – home of so much political intrigue. The High Rock setting could make for an interesting story as well, with everyone and their dog doing all they can to climb to the top, with you simply playing another face in the crowd.

In September 2018, Bethesda started the process to trademark the name “Redfall” which set the rumor mill flowing with speculation that this would be the title for the next Elder Scrolls game. But, what could Redfall be eluding to? One of the strongest theories out there is that it’s related to a spreading disease that forms the base for the next game.

In Skyrim, we all completed a quest called The Only Cure, which introduced us to the Daedric Prince and his followers who he infects with a sickness. A sickness that leaves them with bright red skin. OK, this might not sound like much to go on, but stick with me.

We have the “Red-” part of the title, but what about “-fall”? Well, this is where this theory ties into the High Rock setting theory. There were hints throughout Skyrim that the disease began in High Rock and spread from there. Remember Daggerfall? It was one of the main locations in High Rock and could conveniently give us the “-Fall” we need for Redfall to make sense.

We would be surprised if there were any new races to speak of in Elder Scrolls 6. The only addition we think we’ll see is the Sea Elves that made an appearance in Elder Scrolls Online. Other than that, it looks as though we’ll still be playing as elves, khajit, argonians, or humans.

We mentioned already that we’re expecting Elder Scrolls 6 to be a next-gen console release. What we don’t expect is that the game will be limited to one particular platform. Bethesda usually releases across all platforms, so we can safely assume that ES6 will be released on PS5, Xbox Project  Scarlet, PC, and maybe even on PS4 and Xbox One for those who have yet to upgrade.

We might not have much official information to go on, but the rumor mill has definitely provided us with plenty of things to think about when it comes to the Elder Scrolls Online 6 release. What do you think – how many of these rumors do you believe? Will you be playing ES6 when it releases? Let us know in the comments below.