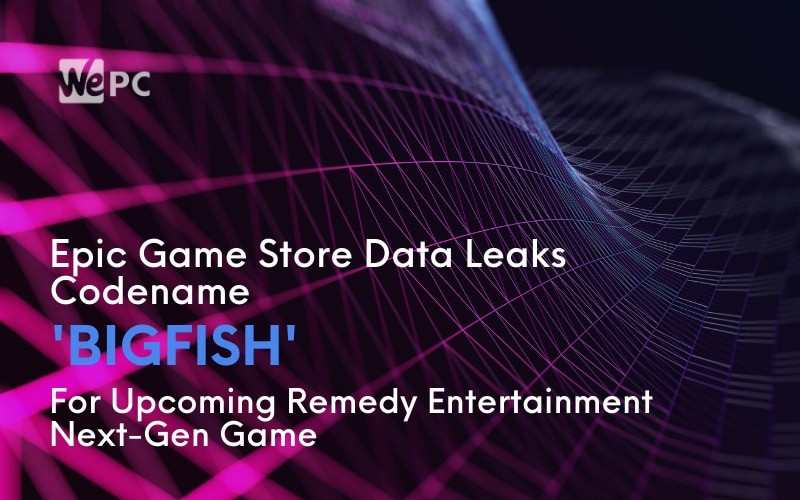 As the developer revealed in March this year, Remedy Entertainment – of Control, Max Payne, and Alan Wake fame – is currently busy cooking up two new next-gen games as part of its new publishing arrangement with Epic Games.

Remedy featured among the first three developers to ink a partnership with the fledgling ‘developer-first’ Epic Games Publishing, alongside genDesign and Playdead. Epic hopes to disrupt the traditional publisher/developer model by offering the most developer-friendly terms in the industry. Studios retain full creative freedom and ownership of their project while Epic covers 100% of the development costs with at least a 50/50 profit-sharing arrangement once those costs are recouped.

One of Remedy Entertainment’s upcoming titles is a multi-platform AAA game already in pre-production. Remedy touts it as its most ambitious title to date, which is a pretty enticing proposition given the critical acclaim showered on Control. The second is a smaller scale effort but set in the same franchise as the AAA project. Both titles are using Remedy’s ‘proprietary, state-of-the-art Northlight game engine and tools.’

Now, courtesy of what appears to be a slip up from none other than Epic Games, it seems we know a little more about one of these games. According to metadata extracted from the Epic Games Store via website Epicdata.info, one of Remedy’s upcoming games carries the codename ‘BigFish.’

EpicData’s findings point to five different files linked to Remedy Entertainment and consisting, in one form or another, of BigFish in their titles. The data suggest Epic amended the files as recently as May 11th and May 25th.

While ‘BigFish’ doesn’t exactly reveal all that much, it’s the first concrete evidence we have of Remedy’s upcoming plans. As for when we can expect to hear more, Remedy says both titles are due to release on next-gen consoles and PC within the next few years, with one presumably coming before the other. It’s safe to assume BigFish could be the first to drop, whenever that might be.