Don't you love the smell of GPUs in the morning? 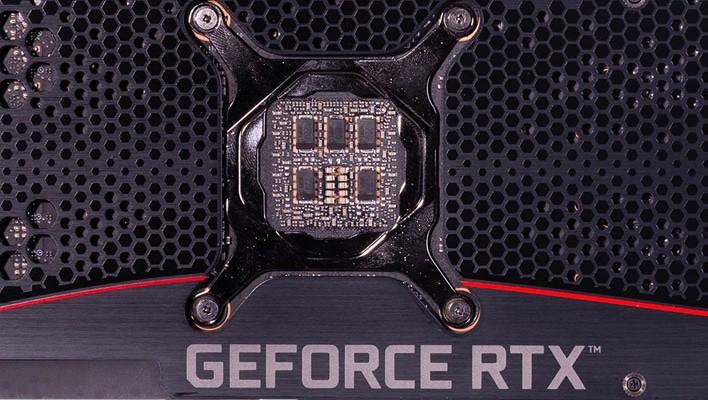 Table of Contents hide
The consumers are not at fault

We know it’s been tough to get a graphics card over the last couple of years, and while the supplies continue to look to be strained. We’re reeling from the story from back in October, where EVGA suffered a loss of an entire shipment of brand-new RTX 30 series graphics cards. As told by EVGA’s Jacob Freeman, the thieves stole an entire truck’s load of graphics cards which were en route to San Francisco from EVGA’s local distribution center. We don’t know just how many cards got stolen, but we can safely assume that there was a huge number of them that were lost. And now, we’ve got word that they have finally turned up, months later on the other side of the world.

According to members of the Facebook group ‘Vietnam gaming drama‘, users are reporting that a large retailer is selling them with a limited 1-month warranty, which is fairly normal for grey market imported goods. Where this differs however is when one user went to verify their serial code, where they found it was confirmed to be a part of the platoon of GPUs that were stolen. The post claims that the website stated the following:

“On October 29, 2021, EVGA GeForce RTX-30 Series Graphics Cards were stolen during a shipment. The serial number you are attempting to check warranty status on is determined to be from that shipment.”

This brings up a huge number of questions. Was this premeditated? How did a truck full of graphics cards end up at a Vietnamese retailer? According to the initial reports from October, EVGA is directly working with law enforcement in order to bring forth a case where we are able to fully determine what happened, and how exactly these cards made their way from being stolen to being sold directly to consumers. This is bad news for those who have purchased a card under the limited 1-month warranty, and it is unclear as to what is going to happen with those cards with regards to their manufacturer warranty.

The consumers are not at fault

The victims here are not only EVGA themselves but also the people who purchased a graphics card, with the information unbeknownst to them that they were purchasing stolen goods. It would be a good gesture of EVGA to extend to these users a standard warranty, as they seemingly paid no part to the crime of smuggling these cards over a border, of getting them into a distribution channel, or of selling them. As far as they knew, it was a brand-new graphics card that they have been waiting months to obtain.

Are you after a new graphics card? The RTX 3080 12GB should be launching very soon, hot on the heels of their CES announcements, where Nvidia also announced the RTX 3090Ti. Regardless, someone in Vietnam is going to be Ho-Chi MinING some cryptocurrencies with their newfound graphics cards.

UPDATE: Hassan Mujtaba of WCCFTech claims that the company that sold the cards to the retailer, NCPC was established one month after the GPUs were stolen. NCPC currently shows a stock of around 30 to 40 graphics cards, labeling them as ‘used’ in invoices and advertising as ‘brand-new’.