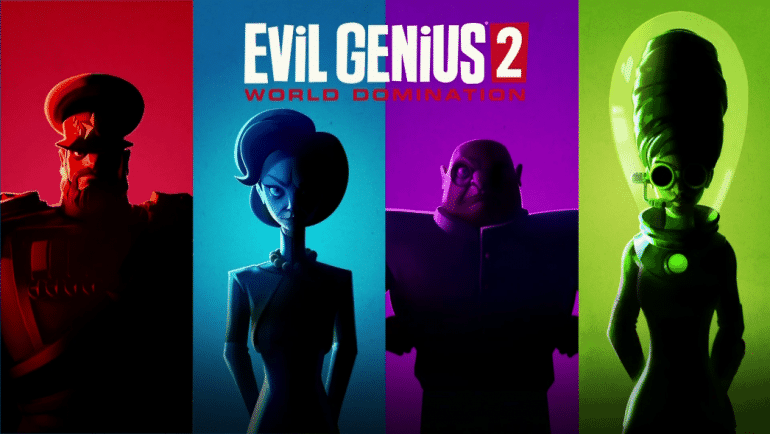 Developer Rebellion secured a berth during the PC Gaming Show at E3 2019 to announce that Evil Genius 2: World Domination is lined up for a Steam release in 2020.

Evil Genius 2: World Domination is stylized as a direct successor to the classic 2004 RTS lair builder sim. Rebellion released a stylish trailer to set the scene of what’s to come, although opted not to show any actual gameplay. Playing as a titular evil genius, you must ascend to world domination by fighting off the forces of justice.

In Evil Genius 2: World Domination, players establish an evil lair as a base of operations and from there recruit and train a force of henchmen and minions. These are then deployed to all four corners of the globe to do your evil bidding and complete all manner of zany objectives such as selling the British royal family or kidnapping the governor of Maine.

The management aspect returns with players in charge of making sure their minions are fed, watered, and overall happy by building a fit for purpose base. An inventive arrangement of traps can be deployed in corridors to catch out agents trying to infiltrate the base.

As you’d expect, it crutches heavily on what made the original so endearing and fun with a healthy helping of self-consciously cliched James Bond-like spy thriller tropes, cackling villains, and over the top humor. Think shark tanks, lasered corridors, massive bases built on volcanoes in the middle of the ocean, and armed goons.

The polished cartoon art style returns and is a bit like diving head-on into a video game version of a Saturday morning cartoon from the late 1990s and early 2000s.

If the original is anything to go by, Evil Genius 2: World Domination is shaping up to be a whole load of merry fun. Here’s to getting precise details and gameplay footage before too long.