Table of Contents hide
FIFA 23: EA Play Trial
How do I get FIFA 23 early?
How long does FIFA 23 Early Access last?
Why was there no FIFA 22 demo?

FIFA 23 is fast approaching and is set to release on September 30th!

The final FIFA game as we know it marks the end of a long and successful era, with EA moving over to what will be known as ‘EA Sports FC‘ from 2023 onwards.

Despite the fact there used to be a demo, we are certain now this is not happening.

Instead EA has released a closed beta, which a lucky few have already played – there were rumours that another batch of codes may be circulated, but we are just over a week from the release of the game so it looks incredibly unlikely.

For most gamers, the way to get your hands on FIFA 23 early is through early access. You can get this by pre-ordering FIFA 23 Ultimate Edition.

Another way of getting to play the game early is by becoming a member of EA Play, which will give you 10 hours of gameplay to trial the game.

Despite the trial initially intended to go live on the 27th of September when the Early Access does, it is already live.

This can be downloaded now as long as you’re a member of EA Play.

If you have Xbox Game Pass Ultimate, then you too will be able to trial FIFA 23 too, as EA Play is included. 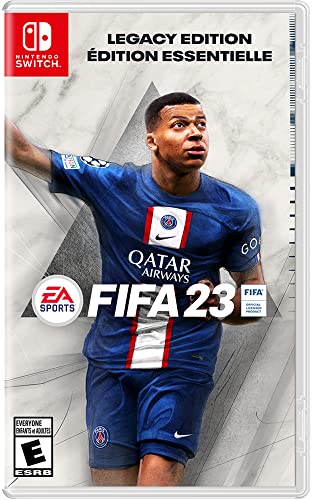 So, as we mentioned earlier – the FIFA 23 Closed beta has now finished.

This year, the beta ran from the 11th of August to the 1st of September, for those were lucky enough to be sent a code.

Codes were sent to selected FIFA players in the US and UK who opted in to receive EA emails with EA accounts already linked, this was the same as last year.

There will be an opportunity to gain a 10-hour play trial before launch for anybody who is subscribed to EA Play.

The premium edition of the game; “The Ultimate Edition” allows for early access too. This has now been confirmed since the reveal.

Premium Early Access will continue to be FIFA’s preferred option, and we have most likely seen the last of the FIFA demo.

You will also be able to start using the FIFA 23 Web App before the game fully launches, giving you a head start in the realm of Ultimate Team. The Web App is set to release on the 21st of September with the Companion App for phones and tablets coming a day later.

Early access will give gamers three days of game time from September 27 before the Standard version is out on September 30.

Why was there no FIFA 22 demo?

The demo didn’t happen last year, or in FIFA 22, as EA decided to provide those a 10-hour trial instead for members of EA Play.

According to their Twitter statement, the publisher said they stopped the tradition to focus on “delivering the best full game experience for current and next-gen consoles”.

Is the DualSense Edge compatible with PC?

Is the DualSense Edge compatible with PS4?