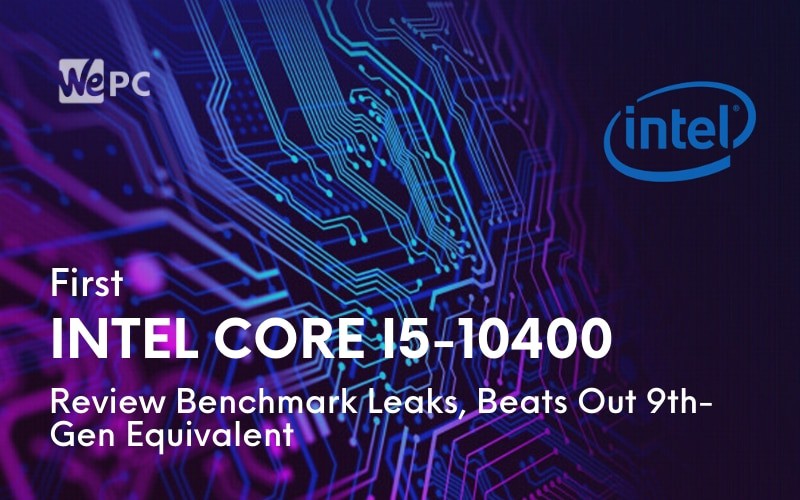 The very first preview of Intel’s Core i5-10400 is upon us, courtesy of a video posted on Bilibili by Chinese reviewers TecLab, which puts the processor through its paces against its previous iteration as well as the 9th-Gen Core i7-9700. This comes a lot earlier than the penciled in embargo lift on May 20th ahead of a promised deep-dive from TecLab later on.

Firstly, the Core i5-10400 boasts six cores, 12 threads, a base clock speed of 2.9 GHz, a boost clock speed of 4.3 GHz on single-core, 4.0 GHz boost clock speed on all cores, 12 MB cache, SMT, no overclocking, and TDP of 65 W. It directly replaces the six-core, six thread Core i5-9400. Differentiating the Core i5-10400 from its predecessor is a better electrical circuitry, more pins, a thicker PCB, denser IHS, and has been well documented Z490 compatibility.

As for the results, the Core i5-10400 feathered the same results as the Core i7-9700 in PCMark 10, beating it in productivity performance, but lagging ever so slightly behind in content creation. Jumping to the SuperPI 1MB benchmark, it stands as 5% faster than the previous 9th-gen chip, while losing out around 8% on the Core i7-9700F. The results were similar in wPrime 1024, with a 15% increase on the Core i5-9400F, while producing 24% less compared to the Core i7-9700F.

The story was similar for 3DMark Time Spy, with the Core i5-10400 beating both the other CPUs. 3DMark Firestrike tests saw it mirroring the performance of the Core i7-9700F. In terms of gaming, TecLab saw the i5-10400 perform better than the other two in both Assassin’s Creed Odyssey and Grand Theft Auto V.